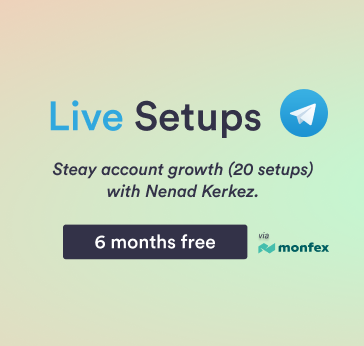 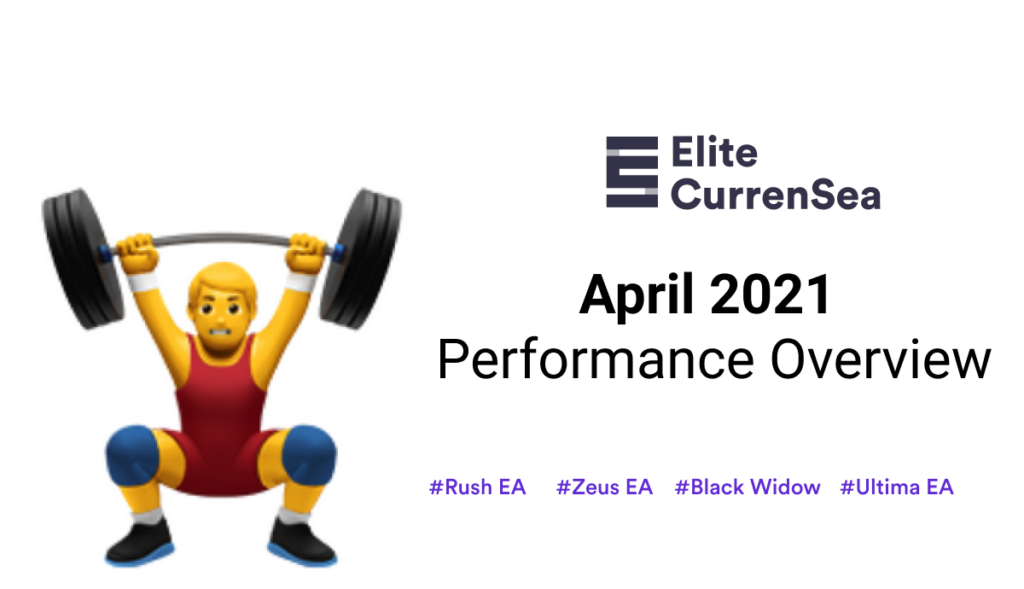 the month of April ended up in clear negative territory as 6 out of 9 systems closed in a loss.

The upbeat results in February (108%) and March (+20%) did not see a continuation during last month unfortunately.

Summary of All Systems in April 2021

The best results were seen in our options trading and the Zeus EA (PAMM) with +8% and +7%. The SWAT EA on the DAX 1 hour chart managed to almost earn +5%.

The biggest hits occurred on Ultima EA and Rush EA from Mislav Nikolic with -21% and -32% showing quite a weak performance for that month. Although we should add that Ultima EA managed to book gains of more than 50% in quarter 1 2021.

The Zeus EA managed to show its best month yet with +7.3%. The floating loss during the month of April ended up well and the account recovered within one week.

The floating loss created a decent draw-down of about 33%. But the draw-down was only seen in open trades and not in closed trades. Within a few days, the gap was closed and even profits were booked. Read more about how the Zeus EA draw-down was removed here.

Feel free to also check out the webinar recording of our live webinar. Here we discuss the performance in April 2021.

The Black Widow signals on ecs.LIVE saw a good win rate but the losses on the last day of the month erased the gains from earlier in April.

Profit taking at the end of the month created some last minute losses. Based on this, Nenad created a new approach when trading the month end.

The Ultima EA from Mislav Nikolic and Bull Capital had a fantastic first quarter 2021 with more then 50% gains. Unfortunately, the good vibes did not show themselves in April which saw a decent loss appear.

The main question is: how will the rest of the second quarter perform? A weaker start to Q2 is something that can occur after strong results from January to March. But considering the slow performance since June 2020, we would really welcome a strong push in Q2 2021.

The Rush EA from Mislav Nikolic had a good start in April. But the second half saw a string of losses that sent the account downwards.

A weak month for the Rush EA places its recovery from February 2021 with +45% again under pressure.

The LOA.EA managed to close to break-even this month. But that is little good news for this system as the results for 2020 and 2021 remain weak.

Most of the month the EA was actually in positive territory. Unfortunately, the last few days wiped out the gains and saw the month end up in the red.

The LOA.EA overall performance remains very weak as the system struggles to start a recovery.

Inexhaustible upside force. This month will be archived with additional SP500 daily records. Considering the persistent and strong upward trend, we placed the most attention on retracement movements in order to take entries with the trend.

Among the four closed signals, TCOM stands out with a 143% profit closed, the best individual result since the Swing Service service started.

UAL and PG appear to be currently in the profit zone, with UAL that could further increase the current 50% if the news from the American economy continues to be positive.

AU, the latest operation currently in progress, is struggling to get out of its initial position. However, being a precious metals mining sector company, it could move positively in the short term. For liquidity reasons, we choose a longer expiry. This could be an advantage for those wishing to manage the educational signal with subsequent adjustments in order to follow its progress.

Six out of seven educational signals were buy calls, of which three are still on the market. The result of the month, although not definitive, is currently very positive: the average percentage profit stands at 42%.

EUR/CHF at The Strong Support