Learn How to Trade the Fourth Wave 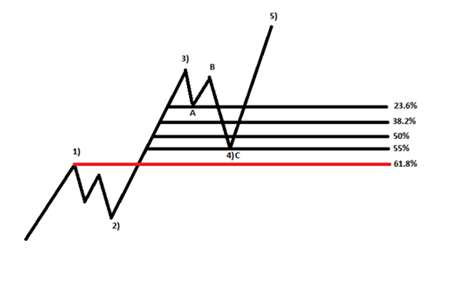 Forex market is almost unpredictable or incomplete without Elliott wave theory. To take the edge, a trader must master himself in labelling the wave count according to EW theory. In today’s article, our focus will be on the most confusing or complex structure within the EW count, that is “The fourth wave”.

There are two corrective waves in any bullish or bearish 5 wave structure:

Wave 2 and wave 4 often develop different patterns and pullback formations. In simple words, waves 2 and 4 are often the mirror image of each other… Keep in mind that this is just a guideline, not an unbreakable rule:

Today’s focus is on the wave 4 of the Elliott Wave structure. The waves 4 indicate a pause in the trend and they build a three wave move forming ABC.

WAve 4 is often composed of the following structure patterns:

The flat correction has equal tops and bottoms: 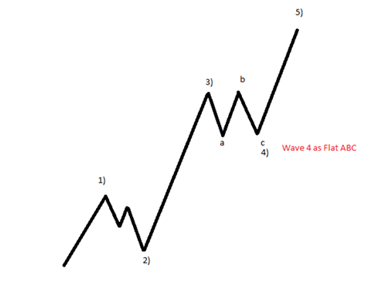 The running flat actually see its tops and bottoms being broken: 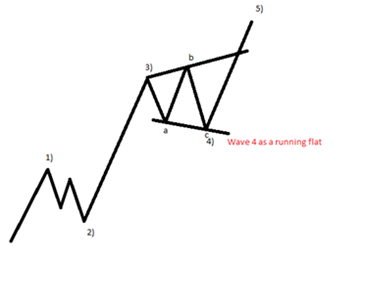 The triangle pattern has lower highs and higher lows: 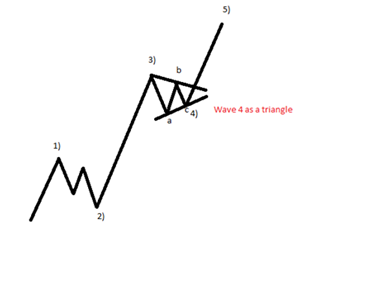 Another corrective pattern is called the ABC zigzag pattern. Although they sometimes appear with wave 4s too, they are more typical and common for wave 2 corrections: 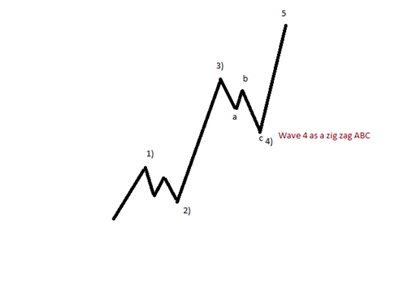 How far can the wave 4 retracement go?

The wave 4 is invalidated once price retraces into the price territory of wave 1. Therefore the end of wave 1 is also the invalidation level of wave 4.If the price touches or breaks the end of wave 1 then it will cancel the wave 4 and it can be assumed that 12345 wave move is not in progress. It will be either be a three wave move ABC or extended correction WXY.

As guideline for wave 4 we can add that often price does or break beyond the 61.8% of the Fib retracement level of wave 3. The fig-5 shows maximum retracement of wave 4.

Apply Fibonacci without breaking a sweat by checking out free Fibonacci Trading Manuals.