A Guide for Trading Breakouts with the Elliott Wave Theory 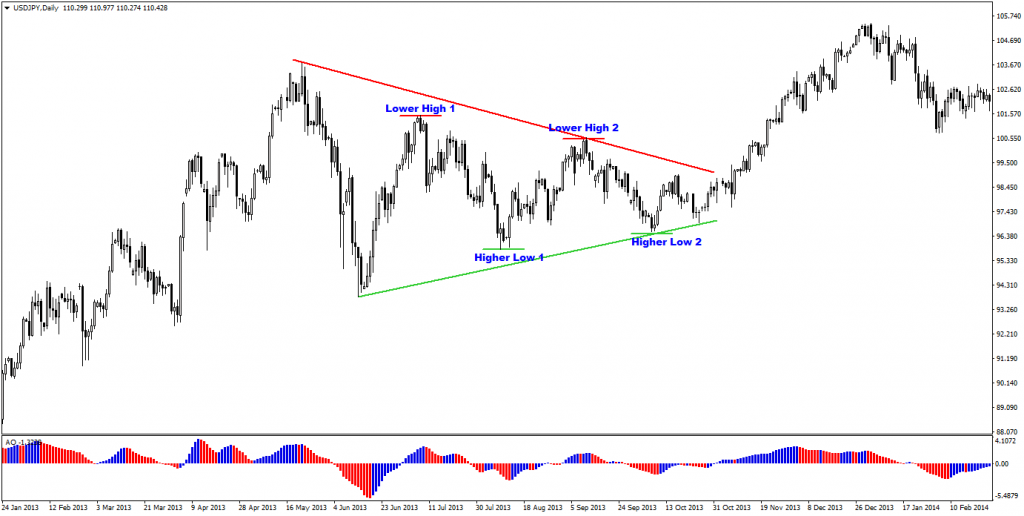 Do you find breakouts difficult to trade? Perhaps you think that trading breakouts is impossible… or you feel the need to filter out breakouts more?

Then you are at right place. In this article you will be learning a clear strategy for trading breakout patterns.

The Nature of Breakout Patterns

Breakouts are one of the most famous patterns in the Forex market… but we must mix it up with some other tool to measure the direction of the breakout and whether the breakout will strong or false:

A breakout occurs when price pushes above a correction pattern, such as:

Today, our focus will be on symmetrical (or contracting) triangle breakout. In a triangle, price builds lower highs and higher lows as shown in figure below.

There are various corrections within the Elliott Wave structure:

Wave 2 is typically a deep and quick zigzag. Wave 4 is often a flag, wedge or a flat range. An ABC could be all of the corrective patterns whereas an ABCDE is a triangle pattern.

Implementing the Strategy Rules and the Trading Plan 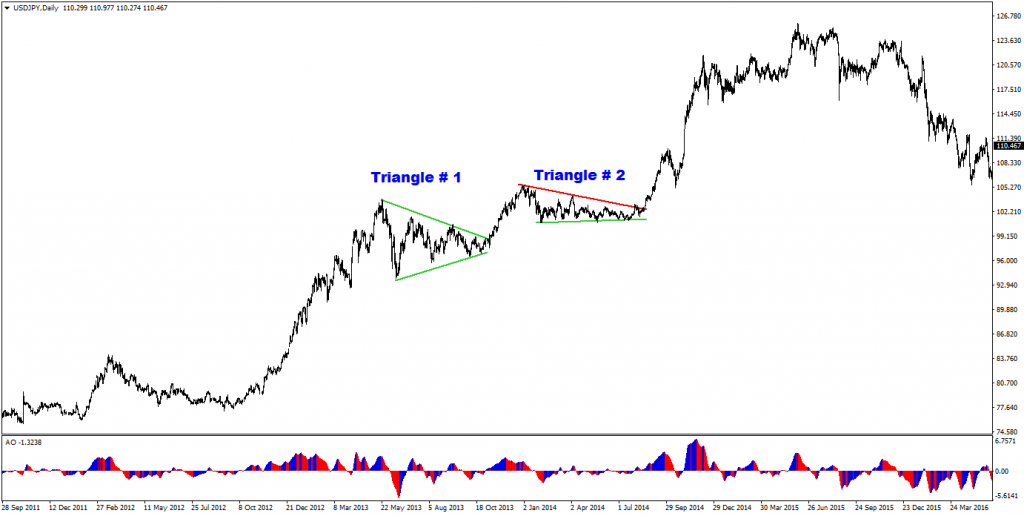 The next step depends if you are a wave trader or not: 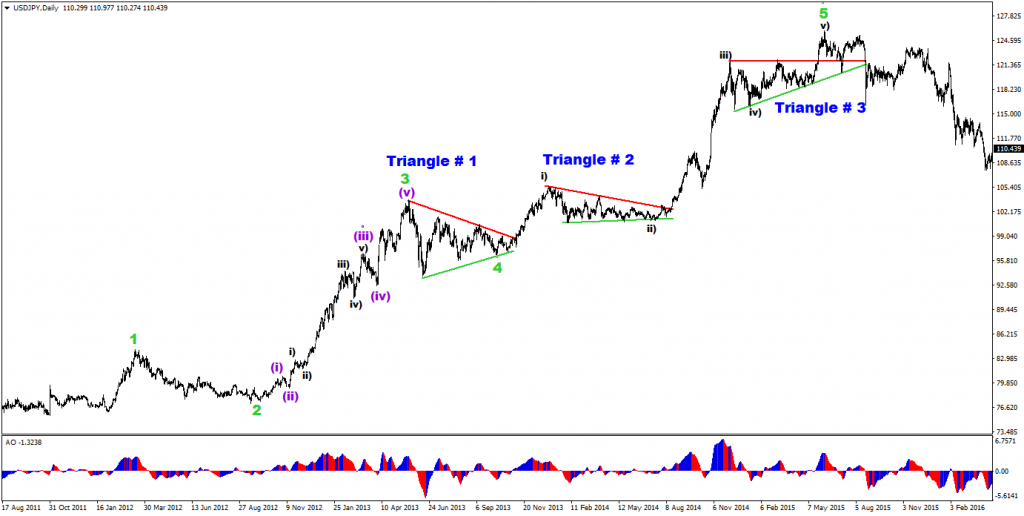 The next step is to draw the Fibonacci retracement tool from wave 2 to wave 3 for wave traders or from the bottom to top of a strong bullish move for non wave traders. Price bounced at the 38.2% support Fib retracement in the figure below. Traders may can for an entry in 38.2% to 61.8% Fib zone. 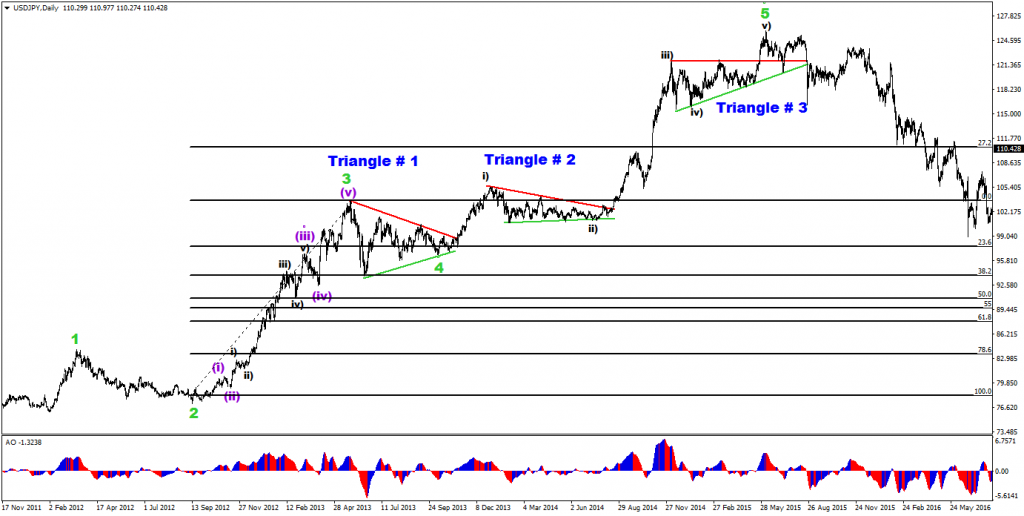 From an Elliott wave perspective, the chart examples are expected break bullishly. A potential long entry can be placed above the wave D (previous higher high) and stop loss (SL) below wave E.

It’s a good practice to know the wave 4 is invalidated at the top (or bottom) of wave 1 in an uptrend. This is a good spot for stop losses too. For instance, the 61.8% Fib is used in the example below. 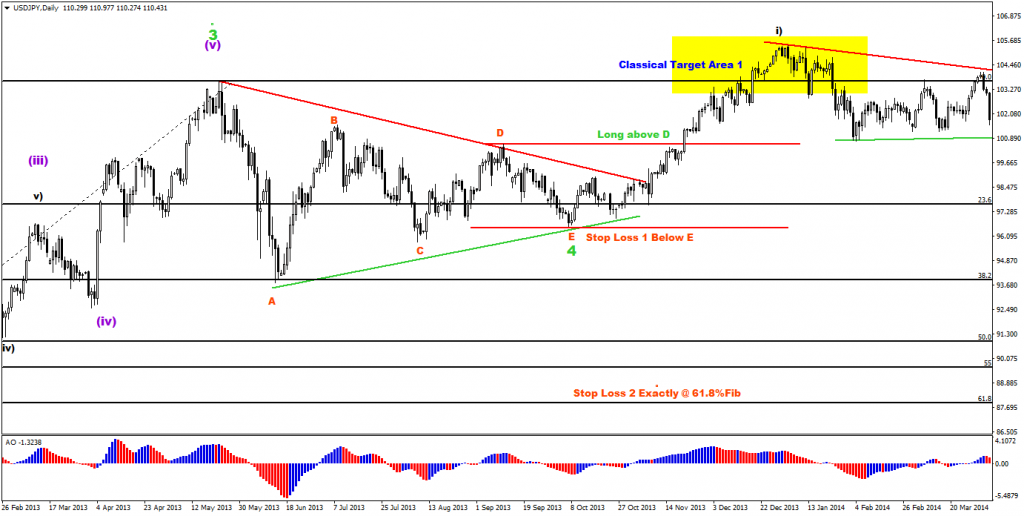 Next step is the most fun! Finding good targets.

The first target can be the classical target area which is around the previous top. The final targets could be the -27.2% and -61.8% Fibonacci levels of the wave 3 Fib. 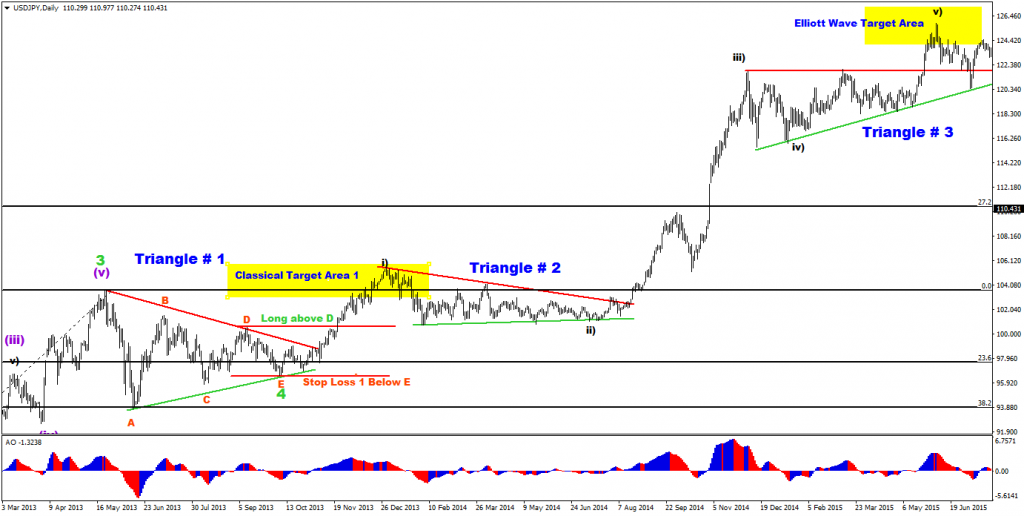 We hope that this article shows you the value of trading waves and patterns. The ecs.SWAT method is known to make wave trading simple – try it out today.

Awsome article thank you very much!