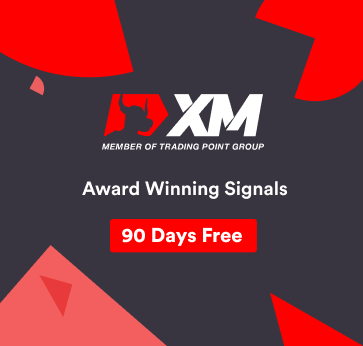 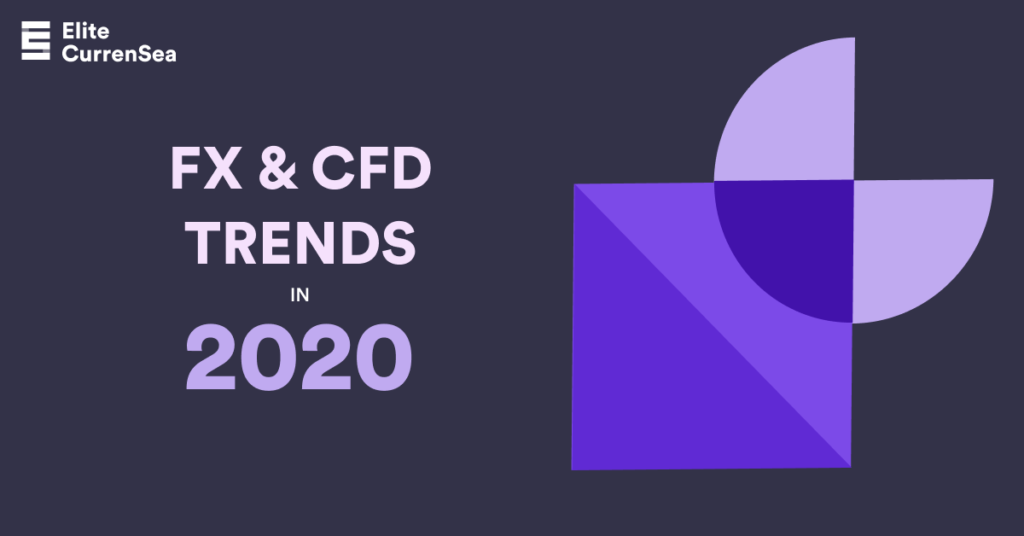 Forex & CFD trading should experience a significant boost in 2020, as there are many new trends and potential trading opportunities waiting for us. The great advantage of the Forex market in the 2010’s and 2020’s is that traders can trade wherever they want with MetaTrader 4.

Using online services and tools, they can trade from home or any other place. By using MT4 and the recommended brokers list, traders will be assisted by the software in executing, managing, or terminating their positions.

At the end of 2018, we expected two rate hikes according to Philadelphia Fed President Patrick Harker for 2019. He announced back then that the Central Bank should approve just two interest rate hikes in 2019, compared with the three currently forecast by the Fed. In the end, we saw multiple rate cuts instead… so predictions are tricky.

But according to the source, many economists have said they think sluggish growth will even compel the Fed to cut rates at least once more in 2020.

A forecast from the Fed for continued low rates would reflect how its assessment of the economy is evolving. Persistently low inflation with very low unemployment has increasingly led many Fed officials to conclude that rates can remain lower for much longer than they thought without spurring higher prices.

Regarding Fed Hike and Treasuries, we at Elite Currensea usually look at the 12-month Treasuries. It is the equivalent of the Fed Cash rate due to its low-risk investment being a Govt Bond. If, for example, Treasuries are 0.50% and the current cash rate is 0.25%, the market expects the cash rate to move to 0.50% for the year.

2. AUD Correlation with Risk-On Continues in 2020

When it’s a risk-on environment, commodity prices tend to increase, and traders usually buy the AUD due to that factor. When commodity prices go up, so do stock markets, and there is a demand for positive swaps on the AUD pairs as opposed to the JPY.

When it’s a risk-off environment, usually the opposite occurs, and, as a result, the JPY appreciates as foreign flows from Japan are repatriated back to their local currency.

The AUD/JPY is the top pair to trade during the bullish/bearish momentum on equities. The best correlation with the JPY pairs, as our analyst Nenad Kerkez suggests, is the USDJPY vs Nikkei; and the AUD/JPY vs the ASX200.

In 2018/2019, strong price growth has occurred due to the change in the OPEC policy. Moreover, during 2014 and 2015, the OPEC deliberately maintained their market share forcing the Oil price lower to destroy any competition, mainly from the fracking techniques that caused a rise in the supply of oil from the United States, Canada, and other countries. The intention was to force many of these privately owned oil companies into a state of insolvency, whereby the Governments would not bail them out.

On that basis, as the prices fell heavily, many companies would either go bankrupt or have to reduce their oil output to their low-cost operations; hence, total oil production in the West. By doing so, the market share of the OPEC, and especially of Saudi Arabia, would increase, or at least be sustained to the levels prior to such fracking technologies.

However, it failed mainly due to the hedging plans, whereby the U.S. and Canadian oil companies could have managed a low price. As a result of the reduced oil prices, many of the OPEC nations had to issue bonds to finance their social programs and other state expenses. As this problem was echoed in other OPEC member states, this placed pressure on the Saudis to change policy. As a result, a change in the OPEC production policy came in 2016 – together with Russia, also an important major producer of Oil, it has been agreed that the OPEC will deliberately reduce production to create artificial shortages in the market and attain higher prices.

Following the OPEC decision to cut production, we have seen a strong rise in oil prices through to date. I believe this price strength should continue in the near future and until the next financial crisis. It is no surprise that during the risk-on sentiment, price increases occur in Commodities such as Oil. I think that USD75-80/bbl would be likely price targets for WTI at some stage in 2020.

It is important to note that based on its historical relationship, when Oil prices rise, the USD/CAD falls and vice versa: when the price of oil goes down, the USD/CAD rises.

The Canadian economy is highly dependent on its exports, as its majority goes to the United States. For this reason, the USD/CAD can be greatly affected by how American consumers react to changes in Oil prices.

The Oil price has dropped a lot in the past years, but the recent price spike due to the U.S. vs Russia conflict strengthened the price.

The Japanese do massive carry trades, by borrowing cheaper and investing abroad in other markets for returns during the risk-on sentiment. During the risk-off environments, when stock markets are starting to drop, they sell risky assets abroad, and return foreign monies into the JPY, creating demand and strength. They also pay off the JPY loans, reducing the money supply of the JPY. In turn, this causes further appreciation in the JPY.

The Yen strength can be measured by the Intermarket correlation:

5. More Regulations on Bitcoin and Cryptocurrency Markets in 2020

Bitcoin needs to be treated as a currency. We might expect more regulation on this subject. It is a defensive asset, but it has been rising in a rising market. People are investing in it, which is a bit speculative. The other problem with Bitcoin concerns those using it as a trade/service currency. When the price of Bitcoin is rising, it’s harder to get paid in fractional units of a Bitcoin.

This, in turn, creates forks. Forks are like a two-sided coin. On the one hand, they increase the number of available coins, which depresses the price since price = market cap/number of coins. At the same time, for Bitcoin to replace the USD as a global currency, we would need to look at the value of Money Supply M2 just by way of example, which is valued around USD13.8Trn (as of Jan 2019). This would mean that Bitcoin, at its current circulation of 16.8Mn Bitcoins, would need to rise to a price of USD816,968 per Bitcoin if it was to overtake USD M2 Money Supply in value terms.

A lot of things may happen. A shift in the public mood regarding Brexit? Another general election happened, and Brexit supporters won the majority. So far, the government has insisted that the U.K. will leave the E.U. on January 31 2019, and it seems we might be riding some great trends in the GBP currency basket in 2020 as well. If the deal is struck between the E.U. and the GBP, the GBP will probably be bought on dips.

Traditional drivers of GDP growth, capital spending and housing, made only modest gains in 2019. The expansion continues, however, because of consumer and government spending. A recession before 2021 seems unlikely.

How to Pick a Trustworthy Automated Forex Strategy

Learn Why Fractals and SWAT Candles Are Undervalued Indicators