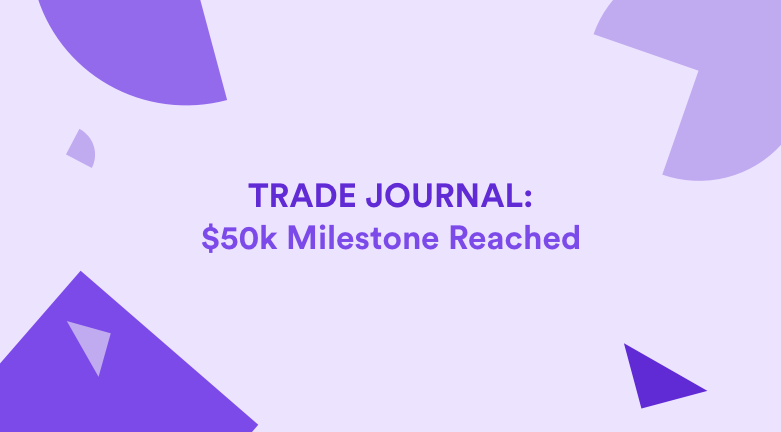 Nenad has reached an impressive milestone in his trading career, because the yearly performance with his own CAMMACD system has reached the 400% return mark.

Take a look at how a very specific money management strategy has become a cornerstone of his success (maximum risk has never exceeded 2 % per trade), with GBP/USD and AUD/NZD shining as the trades of the previous week.

A total of 13 setups were closed in just 5 trading days… All entries were based on the ecs.SWAT and ecs.CAMMACD trading methods… Meanwhile make sure to also check out our new and exciting product offerings and promotions.

The AUD/NZD trade won the day. It was closed during the beginning of the week and with that trade closed, the account reached the milestone of 50K.

Unfortunately, the remainder of the week was extraordinarily rangy, and we had a small streak of losses where the ranging market and news pulled the CAD/CHF and GBP/USD back to a SL territory. Despite this, most trades initially went into profits and all in all, we had a good trading week. 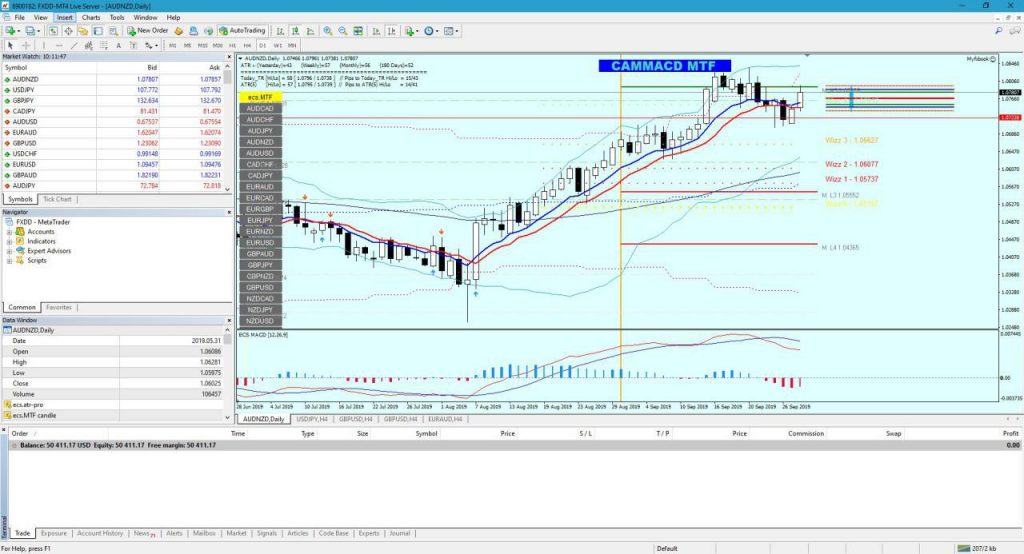 The pullback is a reminder of the ecs.CAMARILLA levels importance to the whole method. Simply put, the Camarilla indicator provides well respected, simple, and automated levels of support and resistance.

You see, depending on the timeframe, e.g. D- Daily, W- Weekly, M -Monthly and Q- Quarterly camarilla levels, plus Fibonacci Sequence levels, known as Wizz, we can easily identify trending markets and a particular trade validity. That’s when Wizz’s levels become integral, since:

1 . They are a hidden and powerful tool for optimizing exits and maximizing reward.
2 . They allow traders to understand when the market is trending or consolidating.
3 . They provide a method for traders to catch larger wins and to let winners run.

With both CAMARILLA and WIZZ placed on 4h charts we have a fantastic template. The template is the core of my system which I have been using for the last 4 months and which have produced the best results this year.

The further emphasis on research and development means more improvements are coming to the cammacd family.

The ecs.SWAT system is entering exciting times with the launch of a new SWAT book (600 pages with 300 pages of images), new SWAT course, new SWAT strategies, and automated trading.

The ecs.SWAT performance has also been on fire over the last few weeks in the ecs.LIVE channel. There were 20 trades in total with 14 wins and a win percentage of 70%.

Last week there was an impressive win on the EUR/USD short for +64 pips and r:r ratio of 1.88. This week there was a clean +65 pips on the USD/JPY long. But the absolute best trade setup by far was the GBP/NZD for +370 pips! What a swing trade…

Make sure to follow our news cycle to be first in line for more CAMMACD, SWAT, and much more in the following months!