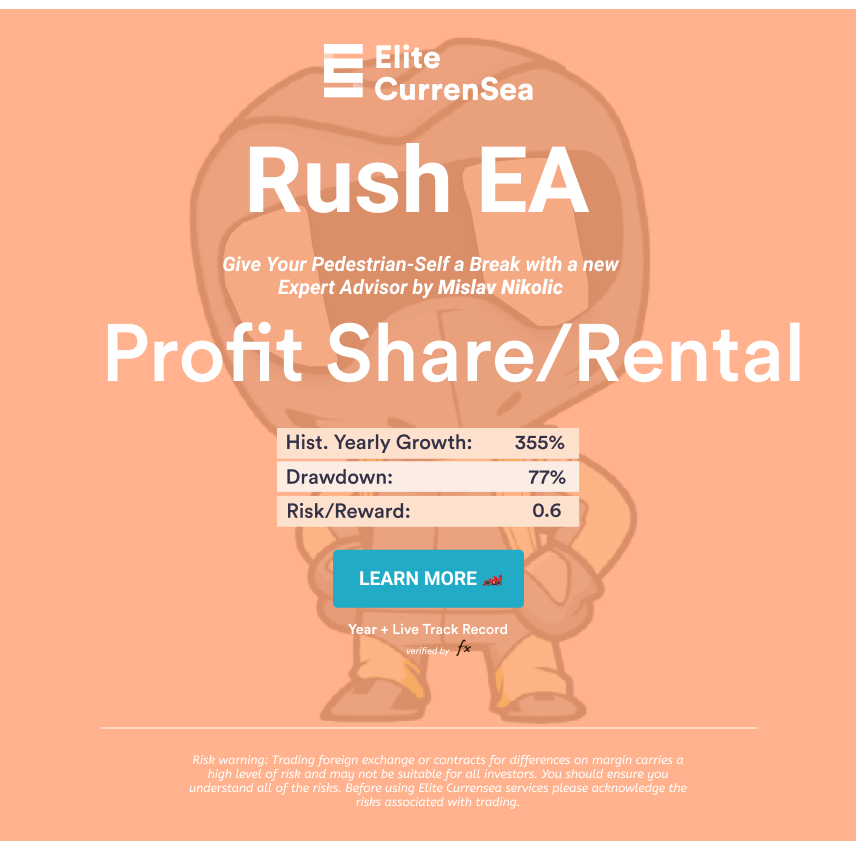 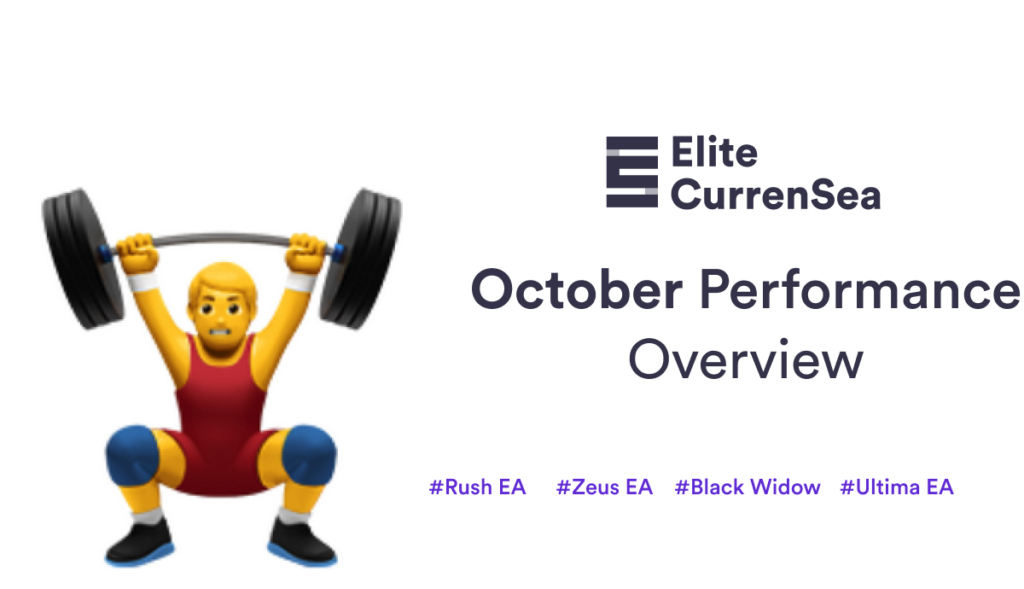 This article reviews the Zeus EA and LOA EA from Elite CurrenSea, the Rush EA and Ultima EA from Mislav Nikolic, and the Black Widow semi-manual system from Nenad Kerkez.

Profit share members of the Zeus EA saw another positive month in October (+3.5%) after gaining 3% in September 2020. Let’s review all of the key stats before we share the equity curve during October.

Steady as it goes. Despite some volatility in the open trades due to a broker issue and the EUR/USD strong downtrend, the accounts managed to overcome the problems and close in positive territory. The internal broker issue was swiftly solved by the broker, which left everyone with a positive impression.

The Black Widow had a very good month in October. Although the 2nd week saw a draw-down take place, the last week of the month placed the account clearly into positive territory.

The performance versus draw-down offered a very good balance. The +12% performance vs 7.7% draw-down gave traders a more then 1.5:1 reward to risk ratio. The win rate was also a very positive number, with more than 70% of all trades ending as a win.

The Ultima EA from Mislav Nikolic and Chris Svorcik saw a slower month but the loss was minor and small in October. The system had a great start of the month and was on its way up but a draw-down took over as the EUR/USD failed to continue with the uptrend.

The October month was a loss but it was a mild one. This means traders will need to remain patient as traders look ahead at the results in November and December 2020 to see if the long-term performance is on par with 2017-2020 (until May).

The Rush EA from Mislav Nikolic had a slight loss in October 2020. Although the open trades were placing the account back at break-even. These trades were however still open and carried over to November.

The Rush EA showed a great result in September with almost doubling the account. It seems like October was just a small retracement within an uptrend. But November and December 2020 will confirm that particular view. We will find out soon enough.

The LOA.EA had a very upbeat October result. The month started on a positive note and never looked back. The uptrend lasted throughout the entire month and finally ended up at +10.4%. If you compare the performance with the draw-down, then we can see more than a 2.5:1 reward to risk ratio.

The LOA.EA is showing its first and important step forward after launching at the end of June 2020. It was a robust win and placed the entire account into positive territory as well. It is important to realize that this EA will be slower from a monthly perspective and really show its potential after 6-9 months.

Market remained hostage to the news. The month of October, especially from mid-month onwards, was very difficult to trade with option strategies.

The investors’ attention was all focused on three main elements: new economic stimulus, coronavirus infections rising and of course, the U.S. Presidential elections.

With regard to the upcoming elections, there are growing fears concerning the possibility of not having a clear situation in the aftermath of the elections. The non-acceptance of the electoral result of both candidates in the event of a win by the wire would make the American political situation extremely unstable.

The first part of the October month was in a strong uptrend. It gave several short entry signals and no long signals, so we were unable to ride the general strength of the market with negative results.

The second part of the month saw the market collapse and at that point, no short signal was generated. The long signals were never good for the entry market as there was no rebound and therefore nothing suitable for an entry.

The control of the risk on which we will never stop insisting has highlighted all its importance in this month: the only positive signal allowed us to almost totally offset the remaining ones, managing to close the month almost at breakeven with a modest -0,30%.

Wishful thinking last month had us hoping for a more peaceful month of investing after a reduction in volatility characterized August, but as usual, the markets have other ideas.

As a result, our strategy was less effective due to fewer trading opportunities.

GBP/USD Bulls are Getting Ready for the Next Bounce