Trading Journal: Back to profits with 18 Trades Closed 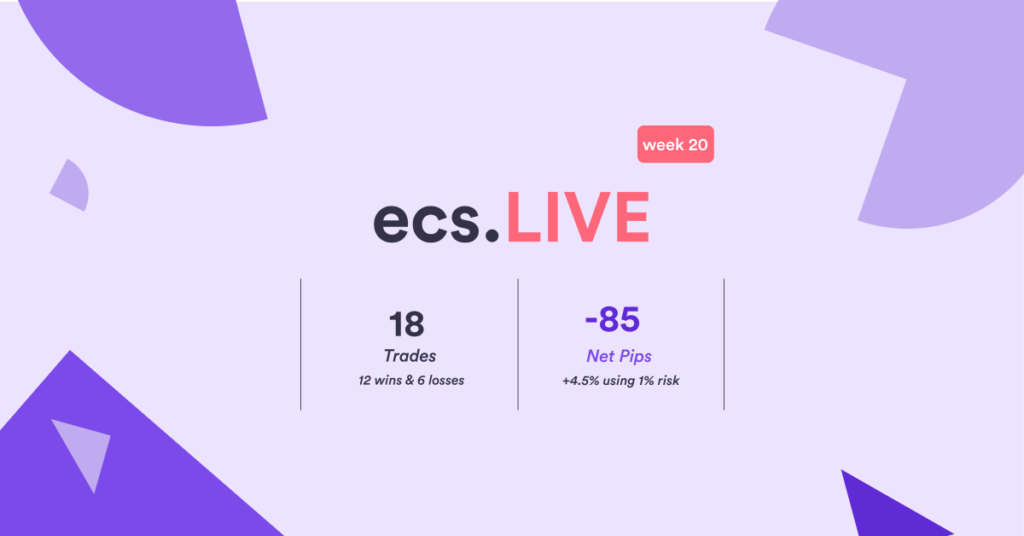 Last week’s price action started the same as three weeks ago. Ranging markets and few losses were just no match for the CAMMACD Power. This is something we need to know as the key in successful Forex trading is adapting.

With the latest CAMMACD.Core V2 release, we can fight every market, along with the CAMMACD.EA.

After initially losing a few trades, we managed to cover all of the losses with very good money management. 570 pips have been lost this week but with a total 1.7 % risk taken. 485 pips have been made with 7.2 % risk total, making this pips negative in count -85, but very positive on the overall trading account.

We closed the week with a total of 18 trades (!), which is one of our record number of trades. Of the 18 trades, 12 trades were winners. Keep in mind that the losses have been mostly made with Gold and Oil where the stop loss is really wide but the risk taken is low.

See the screenshot (above) of the myfxbook Live Account (Verified). *DrawDown is from profits, not from the deposit as 90.000USD profits have been withdrawn, so I’m trading with 10k only.

What is the CAMMACD.CORE V2 About

The CAMMACD.CORE V2 is a simplified version of CAMMACD.CORE. It is a lighter, weighted-down version of the original system, where the ecs.Oscillator has the leading role.

The ecs.Oscillator is a special indicator which combines 5 different algorithmic indicators in it. It gives us excellent OBOS (overbought/oversold) conditions and the proper timing for an entry. After that we aim the TP with so-called “slingshot” trades, a special combo of MAs. The uniqueness of the CORE method has been a testimony to many good trades and very good comments from our traders.

If you are interested in taking your trading to the next level with me as your mentor, then you can get both the live trading setups and CAMMACD system that generates them via our website.