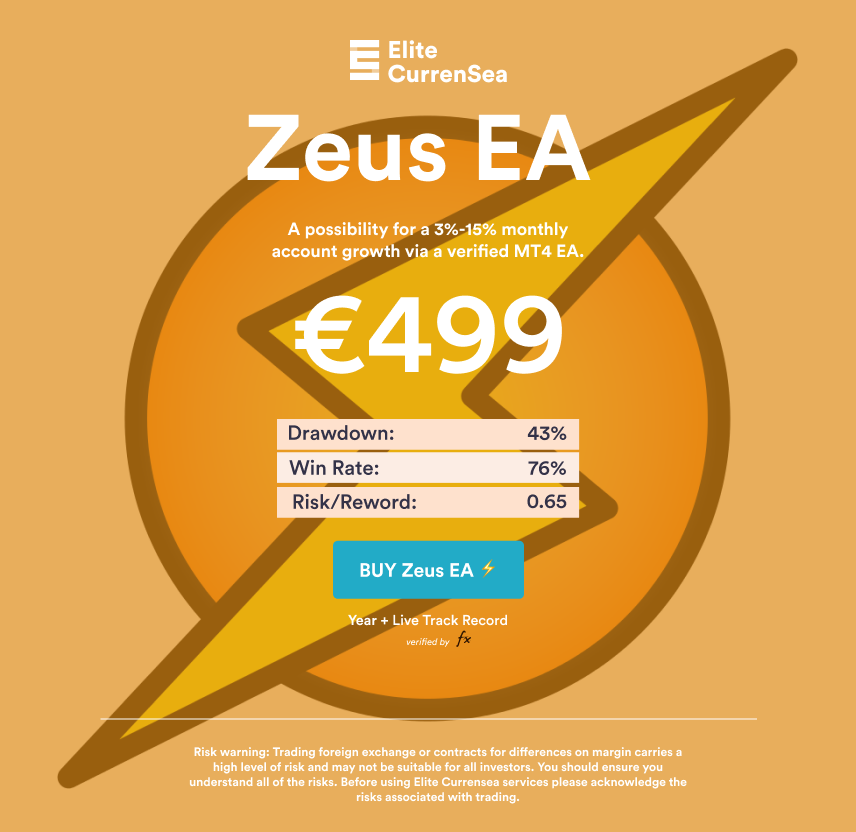 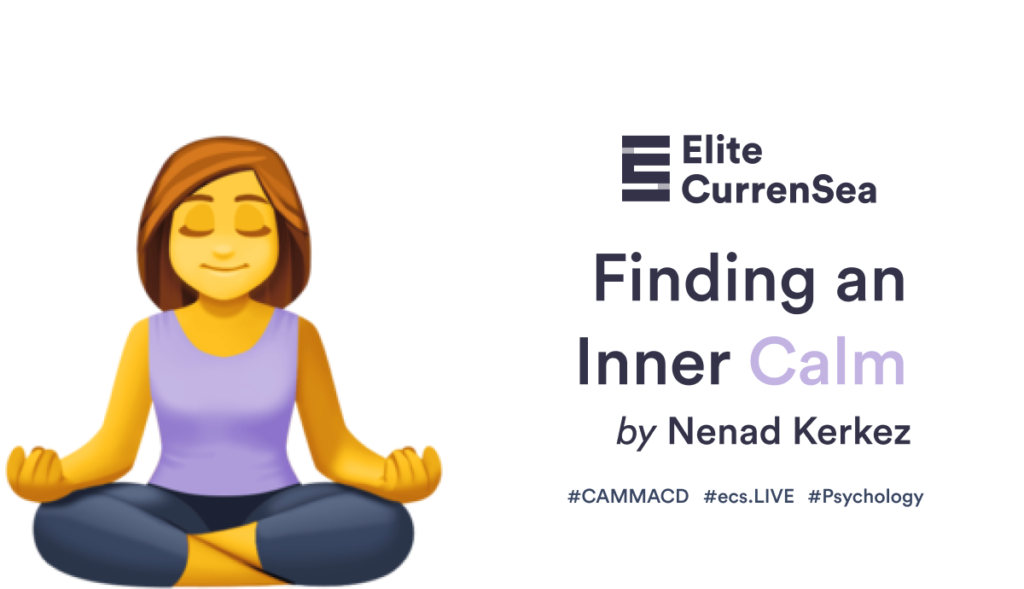 All traders probably agree that the art of transmuting decisions into profits month in and month out demands exceptional discipline and patience.

Trading is competitive business. Know that you will be competing against some of the sharpest minds on the planet. With people like Soros.

This article explains that successful traders are people who find ways to make profitability consistent and sustainable. The prerequisite is to first have competent proven strategies, good trading psychology for consistency, and a sustainable way to execute the strategy.

The Market is Always Right

Drawdowns are bound to occur. There is no “holy grail” system with a 100% win rate. Mental fortitude is key in enabling patience.

We have to first acknowledge that time is needed for a system’s historical statistical performance to translate to present performance, and be willing to commit patience.

In this article, we will be focusing on the cammacd.Core system and how it makes trading not only time-efficient and profitable, but most importantly, sustainable.

In a sustainable frequency! Trading too frequently is another common mistake beginner traders make – You don’t need to trade frequently to earn money.

In fact, we don’t want to just take setups as long as they look valid, we want only the best setups. Novice traders tend to be too absorbed into smaller time frames due to the allure of quick profits and eventually get consumed into the world of extreme scalping. While one might find success doing this, the focus-intensive aspect of that realm proves a feat to pull off on a consistent, sustainable basis.

The aim of this article is to show you how to strategize to maintain discipline, patience and sustainability.

ple? It is! However, it does require a strategy that breaks down the task of finding the end of corrections into smaller, manageable steps. Each step contributes its own unique function in achieving the final goal of profitability.

Adhering to this strategy hones discipline, patience and prevents a trader from trading too frequently.

4-step process to find the end of corrections:

Let’s delve into how I followed these steps on a recent trade setup in GBPJPY.

Step 1: Identifying Momentum, Direction and Divergence, to determine where a correction may appear.

Using a multiple timeframe approach when trading, the chart I looked at when analysing the Oil was the 4 hour chart, from there I determined trend direction using Bollinger Bands and moving averages. On the chart above, it is clear that the Oil is a prolonged, extended Uptrend. The last short-term swing high was at W L3,where the price was stopped on a retracement. The long-term sentiment was still bullish as the middle bollinger band line shows. The middle Bollinger Band line on H4 is effectively a daily Bollinger line as the Core uses MTF approach

Step 2: Quantify Momentum decay using command.Core Principles along with ECS tools to determine where the correction could end

After determining direction, our proprietary CAMMACD system confirms that that price is in a strong upward momentum , undergoing a retracement  and is at the point where it is just ending it’s retracement on the H4 time frame, I decided to enter when the blue dot appeared on the chart followed by the arrow which signalled momentum up.

Note how seamless, powerful and efficient the CAMMACD.Core is in determining the momentum state of a given market across multiple time frames without us having to switch through many time frames to study and confirm our analysis. Instead, we save precious seconds and focus on the ticker tape to get the best price with the best spread.

The CAMMACD system is modelled after the MACD indicator which is a part of the ecs.Oscillator used in the system. The MACD invented by trading prodigy William Blau, one of the few only indicators that has withstood the test of time. We re-engineered a cutting-edge ecs.MACD indicator based on William Blau’s principles, making it easier to identify momentum nuances in the markets. The CAMMACD system is engineered as well based on the ecs.Oscillator.

Now that everything is aligned, we pull the trigger.

In the downtrend as in the example above we wait for the dot to appear, then we enter when a red dot is followed by a red arrow.

Another condition you can look out for are reversal candlestick patterns in relation to blue arrows preceded by blue dots at important Camarilla levels. I spotted a bearish marubozu rejecting from around the W H3 zone and decided it was time to trigger my sell trade.

Step 4: Manage open positions until the target is hit or the trailing stop gets taken out

Actively managing open trades after pulling the trigger is a big part of an exponential equity curve. Normally our stops and targets are one of the Weekly Camarilla levels. In this case, I had my stop above the W H3 and my target at W L3. I trailed my stop loss in the 30 pips increments until the price moved towards the target. Sometimes a trade is followed nicely by a trailing stop which effectively secures profitable positions.

Price reached W L3  quickly, after which I moved my stop to 10 pips above W L3 level to account for the spread and possible up retracement and also since the EUR/AUD is a rather volatile pair that moves a lot throughout the day.

Price continued to fall and finally hit the W L3 level. While the cammacd.Core template is a rather robust system, it is  important as well to manage open positions, to reduce risk exposure and secure profits, reducing the instances where a profitable trade would turn into a loss.

I traded the GBP/USD up move as well and gained 105 pips on 2 lots as well.

This is the best as it gets. Fortunately, the price dropped like the stone as the pair was in a big downtrend. Multiple short positions could have been taken for more than 800 pips for patient traders

The examples you see in this article were all live trades performed by me, but the thing that is overlooked, other than the robust strategy of cammacd.Core, is the methods of managing a trade and manually trailing stop loss. More will be explained in the cammacd.Core course, and of course, you will also get the values and settings for the coded red and blue MAs, as well as the dashboard, ecs.Oscillator, and all the other tools that you will need to execute the trades that I do too.

Following the cammacd.Core strategy enforced discipline patience to wait for the dashboard and various confirmation cues to be in place before pulling the trigger. But the trades isolated by cammacd.Core tools are usually high quality, high probability trades, especially if the price is in confluence with key ecs.CAMARILLA levels.

The cammacd.Core provides a strategy and a plan, but yet discipline is required in the trader to execute the strategy with finesse, managing risk exposure and positions as required. The cammacd.Core strategy also prevents me from trading too often as the frequency it identifies trades are limited. However, traders can find security in the high success rates of cammacd.Core, and trigger trades with certainty. It is recommended for people with a high level of commitments, that they just need to put their minds on managing existing potentially high yielding trades, rather than to worry about the frequency of execution. Traders could afford to be picky and trade less, reducing spread and commission costs.

A strategy that is consistently profitable becomes easier to follow with discipline and patience due to the trust that is gained from it’s capabilities and performance. Such is true for a system like the cammacd.Core.

If you ever wondered what it takes to achieve large winners, like the examples above, while only risking a tiny amount of your capital then be sure to check out the cammacd.Core course here (part of the entire CAMMACD course).

Consistent success in trading is possible with a good strategy that enforces trading discipline, patience and sustainability.