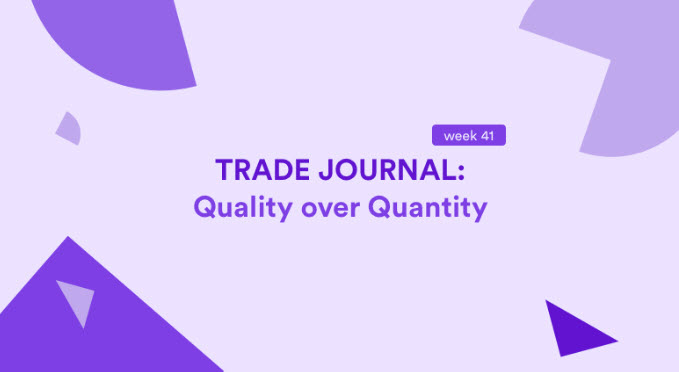 The trading week was a bit slower than usual with a total of 11 setups closed in 5 trading days, using the ecs.SWAT and ecs.CAMMACD trading methods. Our usual average is 13 and last week we actually had 22 setups.

We managed to squeeze an overall positive result with both CAMMACD and SWAT trading. There were more losses than wins but, despite that, the wins were large ranging in the +85-95 pips and one win even reaching +281 pips win with SWAT on the GBP/AUD.

Starting with a discretionary GBP/NZD setup which was a loss of 75 pips, the ecs.CAMMACD scored wins on GBP/JPY and EUR/AUD making approximately 185 pips on both. These trades were also the CAMMACD trades of the week for the CAMMACD system. We can see that the movement on those currency pairs was very strong and we managed to squeeze pips thanks to an overall momentum. The CAMMACD performance ended the week with a win on USD/CHF pair with 41 pips scaled out and the 2nd part of the trade is still open.

In trading we always want to buy low and sell high. With the ecs.arrows indicator and other CAMMACD proprietary indicators, it has never been easier. When we define the zone, we just need to wait for the confirmation and pull the trigger. The ecs.CAMMACD system is semi-automated which makes trading easier for you.

How? It is easily explained in the CAMMACD course. I have personally taken all important things when I made trading modules. Have in mind that not every trader can trade the same way. That is why we need to have a modern approach to trading dividing the same core principles into a complete CAMMACD trading system with fully coded indicators.

The ecs.SWAT method had two wins and two losses on the 4 hour world. There were two discretionary setups that failed on the EUR/USD and GBP/USD longs, although the price action certainly moved up a lot one day later when the Cable moved from 1.22 to 1.27.

You don’t need to have a high win rate to be profitable.

The ecs.SWAT method is going through a lot of new updates soon. A new SWAT book, SWAT course, SWAT strategies, SWAT indicators, and SWAT EA are coming up. Join us now!