Has Euro Lost its Momentum against the US Dollar? 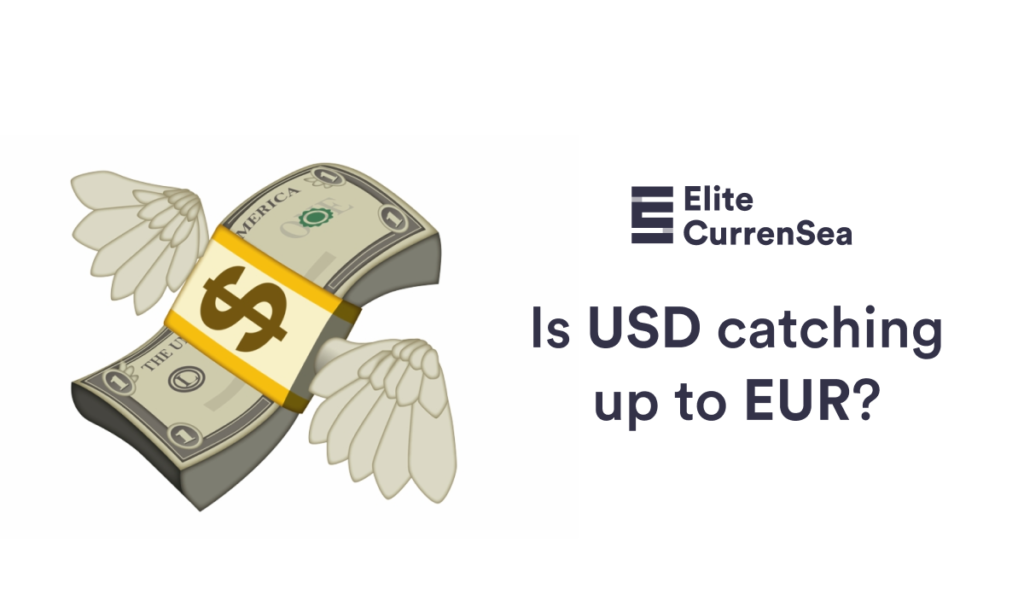 After more than two years of being engaged in a downward trend against the US dollar, the common currency the Euro started to recover from May 2020.

In fact, after several months the common currency has reached multi-year highs.

However, despite making those impressive gains, the Euro faced some significant losses against the USD, during the second half of September 2020. This article dives into analysis on the EUR/USD.

Why Is EUR Losing Momentum?

Consequently, many traders wonder whether the Euro has simply lost momentum and returned into the long term downward trend. Alternatively, it might be possible that the single currency only faced a temporary correction and this might represent an opportunity for traders, investors, and travelers to buy EUR at cheaper rates.

So what are we dealing with here? Well, in order to respond to this question, firstly, let us take a look at this daily EUR/USD chart: 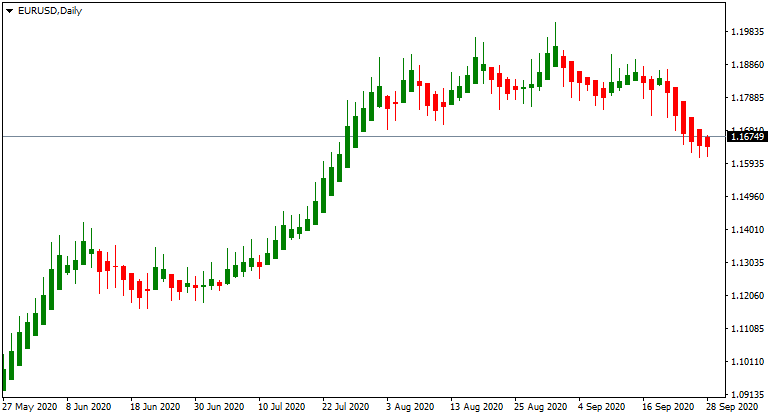 As we can see from the above image, since May 2020, the Euro began its move sharply higher, rising from $1.09 to $1.18 by late July of the same year. However, at this point, the pair began to stagnate and mostly moved sideways until the middle of September. After this development, the Euro began to fall persistently. In fact, we can see 6 red candles in a row.

Now, here it is worth noting that this is not the first time we are not dealing with this type of situation when trading the EUR/USD currency pair. In fact, the Euro did experience such length corrections before. The first time it happened was back in early June 2020, followed by the same event during late August of the same year.

Here it is worth mentioning that despite this setback, in each case the Euro was able to recover and erase most of its recent losses. So the recent decline does not necessarily mean that now the single currency will be in a downward trend.

Despite the sizable recovery of the Euro, it is important to remember that in the long term charts, the single currency is very much into the long term downward trend. In order to illustrate this better, let us take a look at this monthly EUR/USD Heiken Ashi chart: 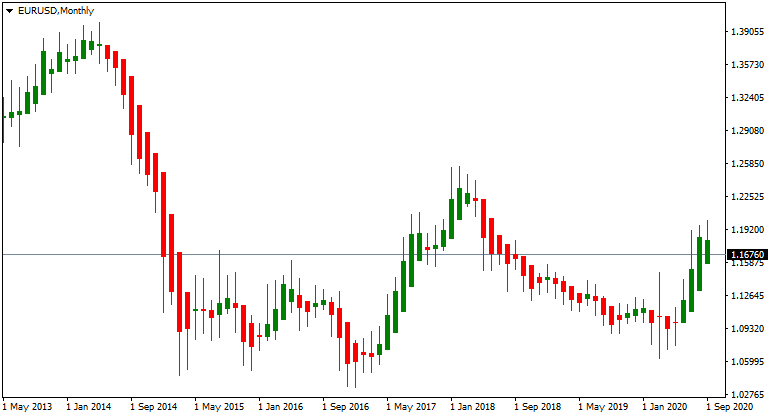 As we can see, from the above chart, the Euro reached a peak during 2014, going all the way up to $1.39 level. However, this was followed by the sharp decline during the subsequent months, with the pair even going below $1.10 level.

Since then the single currency mostly moved sideways against the US dollar. It did try to rally back in 2017 and even returned to $1.25 level, but those gains were short-lived. The pair then experience a two-year downturn, wiping out all of those recent gains.

As we can see the current Euro appreciation seems quite impressive, but the pair is still within the bounds of the downward channel. In fact, the single currency has to rise all the way up to $1.25 level, in order for the Euro to break above this channel.

On the other hand, the European Central Bank seems committed to maintain its key interest rate at 0% for the foreseeable future. In fact, the recent release of HICP (Harmonized Index of Consumer Prices), has shown that the Eurozone economy was in deflation, with the indicator running at -0.2%. So instead of hiking rates, it is more likely for the ECB to consider expanding its quantitative easing program or moving rates to negative territory. In both cases, this could lead to Euro weakness going forward.