Are you Setting Your Stop Loss Too Tight? 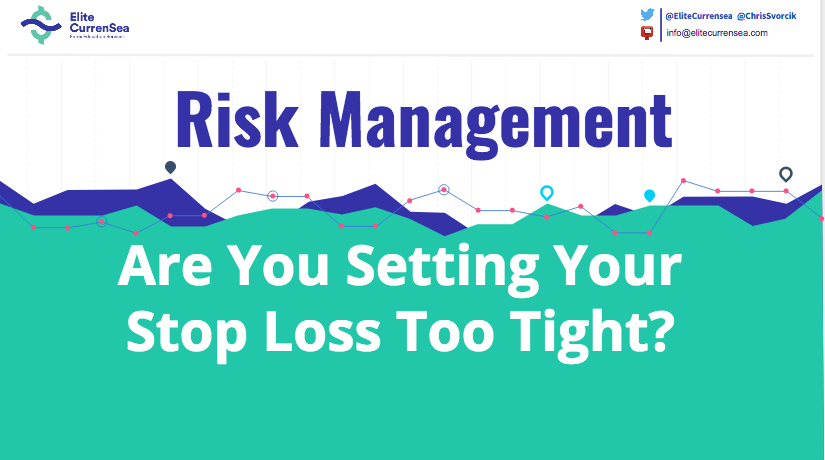 placing a stop loss may at first seem like a small detail in the great scheme of trading, but this decision often makes all the difference between winning or losing money.

Stop loss setting is a fine art that deserves every trader’s full attention because mastering this element is a major step towards becoming consistently profitable.

This article follows on from last week’s Risk Management article and will discuss some of the key factors to bear in mind when deciding on a stop loss setting.

I discussed the topic of the reward-to risk ratio and how this ratio can be used to filter out bad setups from good ones in my previous article. I also talked about how a stop loss should be based on a technical invalidation level rather than a random number of pips.

Today I will dive into more details about finding an optimum stop loss level for different types of trade setups.

What Kind of Setup are You Trading?

The first question you should ask yourself is: “What type of trade setup am I wanting to engage?”.

The following list shows what I consider to be the main categories into which most trade setups can put into:

One of the main differences between these four types of setups is the varying degree of price-action confirmation that exist at the time of the trade entry. This inevitably affects the level of riskiness. Setup type 1 would be the safest, while setup type 4 would be the most risky because type 1 has the most confirmed price-action elements in place prior to entry, while type 4 has the least.

Consequently, different stop loss approaches should be used for each category to allow for varying degrees of price direction certainty. This will help greatly with avoiding larger-than-necessary losses.

Here are some key stop loss guidelines for each of the four trade setup categories:

These setups occur when there is a large overall trend, within which a retracement has taken place, and price begins to resume the trend direction again by breaking out of the corrective pattern. 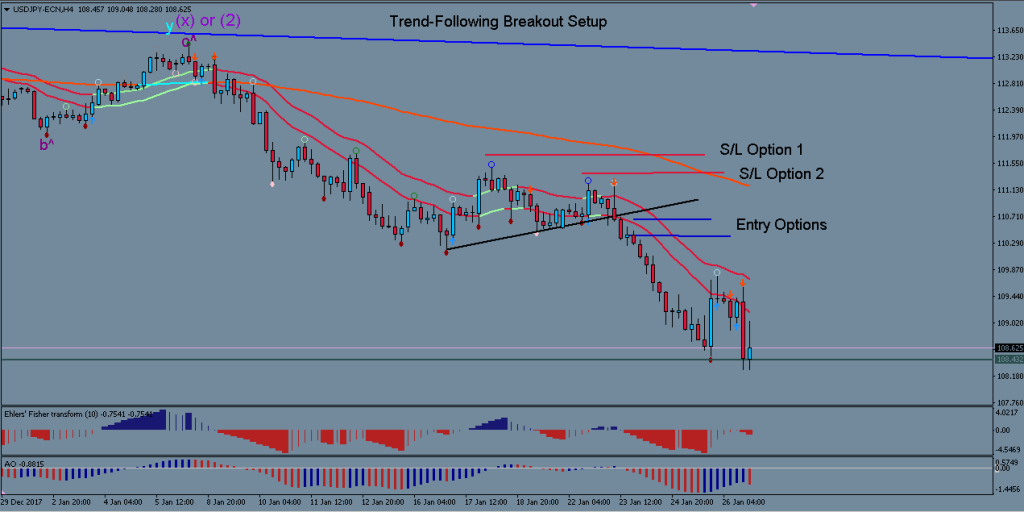 The example above shows this type of setup on a recent USD/JPY chart. Price was in a downtrend, then went into a corrective pattern which created a temporary support line (black). Once price broke this support line, the bearish trend resumed swiftly. This would be a classic trend-following breakout setup which the ECS.SWAT system uses all the time. Since these setups contain the most price-action confirmation, they can be (or even need to be) traded with a relatively tight stop loss compared to some of the other setup categories.

Generally speaking, it is sufficient to place the stop loss just beyond the last or second-last high (or low in the case of an uptrend). These can be easily identified by using a fractal indicator. The chart above shows two valid stop loss settings.

If price goes into minus during the trade, I would not recommend closing early (i.e. before the original stop loss level is hit) because these setups have the advantage of going with the established trend momentum and therefore should be given more tolerance to work themselves out.

These setups occur when an established trend shows strong signs of reversing/ deep corrections. Trades are taken in the direction of the reversal, after breaking a significant support/resistance level.

The above GBP/NZD chart shows a recent example of this type of trade setup. Price had been in an uptrend, but topped out and began breaking downwards below the moving averages. The white line in the chart was the main support trendline of the bullish trend, which broke, then price retested it, and then confirmed the bearish direction by creating a bearish bounce at the broken support line.

These types of setups also provide a high level of confirmation due to the trend line break-retest-bounce confirmation. They should therefore be traded with tight stop loss settings just beyond the last high/low because if the reversal analysis is correct, price should be moving quickly into profitable territory and not go back into the old trend direction. There is no merit in using a wide stop loss here.

These trades are similar to the trend-following breakout setups, but rather than waiting for a break of the corrective pattern, one enters the trade at a point of confluence where price is expected to turn around and resume its trend-direction again. 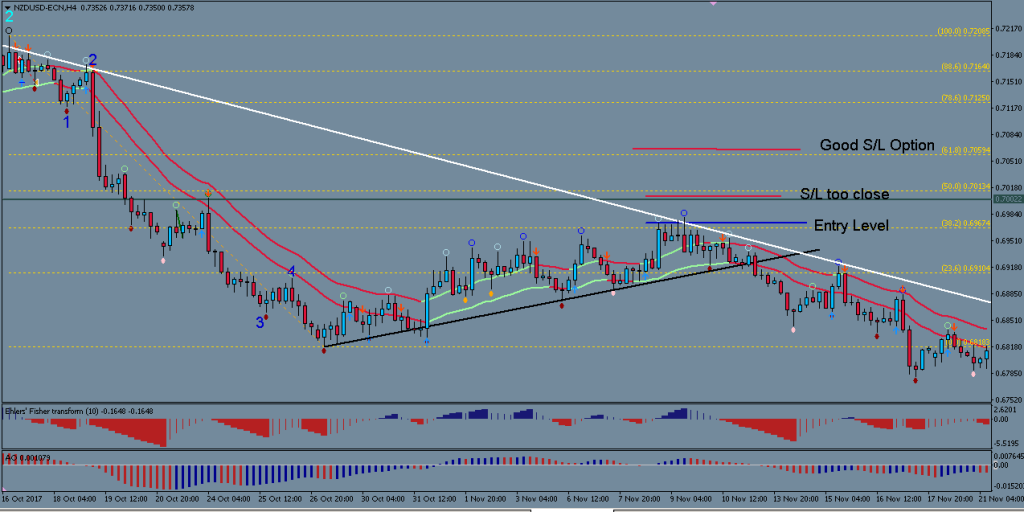 The above NZD/USD chart shows an example of such a trade idea. Price was in downtrend and slowly corrected upwards towards a confluence zone of resistance around 0.6975 – 0.7000, consisting of the 38.2% fib level, a major trendline (white) and the round number of 0.7000 itself.

These trades are more risky because there is no (or only very little) price-action confirmation (depending on how early the entry is taken) and therefore require a wider stop loss approach. In the case of the NZD/USD example, a trade entry at the confluence zone would have required a more generous stop loss to account for the possibility that the correction may go further up. The chart shows two stop loss options, but only the higher one (i.e. above the 61.8% fib invalidation level) would be valid in my opinion, due to the lack of price-action confirmation at the time of entry.

These trades are the most risky because they are taken against the established trend direction without any, or with only little price-action confirmation. These setups must fully rely on a very strong confluence of elements that make a price reversal more likely. They would require either a very large stop loss or using a tighter stop with a smaller-than-normal amount of money at risk. Overall though, I would argue that the risks outweigh the benefits in these types of trades, and I therefore don’t recommend trading this way at all.

Here is short summary of the key points that were covered in this and the previous article: