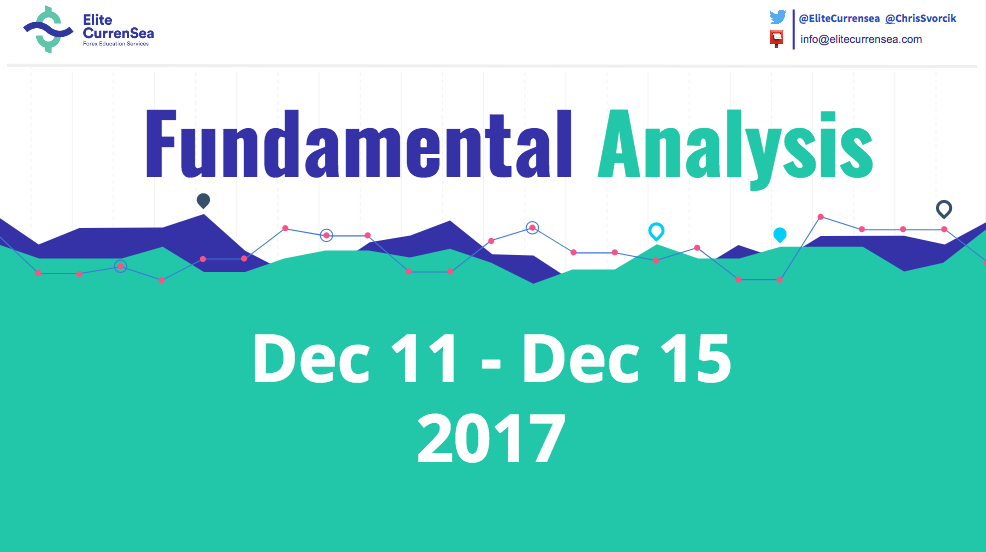 this week could provide some good market volatility with big events scheduled, such as the FOMC meeting.

The greenback gathered bullish momentum towards the end of last week. NFP data revealed a mixed picture with higher job creation numbers but slightly less than expected wage growth. Overall the USD is performing better again across the board, but it is technically still weak against the EUR and the GBP, which makes up a big chunks of the USD’s trading volume. The FOMC meeting and rate decision could be a disappointment for Dollar bulls because the rate hike is almost fully priced in and we could instead see a sell-off reaction if the Fed leaves any room for doubt about rate hikes of next year. USDJPY is also approaching critical resistance levels, and although the likelihood of them breaking is high this time, we could still see a stalling at first.

EUR: Could Make a Big Come Back

EUR has been selling off due to USD demand last week. Eurozone data continues to be good and the EUR/USD is now at important support levels. I therefore expect a rally in the EUR/USD in the week ahead, which could gain strong momentum. I do not expect the the ECB monetary policy to effect the EUR negatively because the market has priced in the fact that no rate hikes are due until late 2018 at the earliest. Any positive comments that hints at further QE reduction could be fuel for a strong EUR rally. It could see bullish trend continuation across many pairs by mid-week.

GBP Had a mixed last week and suffered from ‘buying-the-rumours and selling-the facts’ syndrome over Brexit negotiations. Fundamentally, everything will center on further Brexit progress or setbacks this week as well. Technically, the GBP/USD is in an important decision zone that could mean further bullish momentum or a bearish breakdown. I have outlined two scenarios in previous articles (here and here)

AUD: Time for a Selling Pause

The AUD experienced another sharp sell-off week on the back of highly disappointing trade balance data and a reduction in GDP. Technically, however, the AUD/USD is still hovering at the 0.7500 round level. This round number, combined with my wave analysis, makes me lean towards another bullish bounce in the week ahead, and not a bearish break. AUD/USD could find itself creating a more extended range from now on, which may see price trapped between 0.77 and 0.75 for some time.

The NZD had positive data releases in the form of higher dairy auction prices and credit card spending. The technical outlook is almost identical to the AUD in that the NZD/USD has reached a wave culmination, which should mean an upwards correction that will create an extended range. Probably between 0.71 and 0.68. The positive NZ data should give fuel to a rally early in the week, followed by some more choppiness.

CAD: One of the Losers this week?

The BoC no doubt crushed hopes for another quick rate hike by focusing only on negatives in their statement last week. Sentiment should be more bearish for the CAD now, but its direction will also depend on the market’s appetite for USD in the week ahead. Technically, the USD/CAD may have finished a correction and has broken above the long-term averages on the Weekly and Daily charts, which could indicate further CAD weakness. EURCAD could therefore be an interesting cross to trade this week.

Continued its slide across the board. Fundamental outlook remains the same as last week, i.e. the BoJ policy is super accommodating and thus the JPY has nothing much to bolster it up other than USD weakness. The JPY is approaching key resistance levels against the USD and EUR, so we may see some corrective ranging early in the week before these resistances could break a bit later on.

Same story as JPY. The USD/CHF shows clear signs of having finished a large correction after the strong bullish move of last week. But the CHF/JPY look poised for more gains, so it’s a currency I would probably avoid.