When Can You To Trade – Session Overview 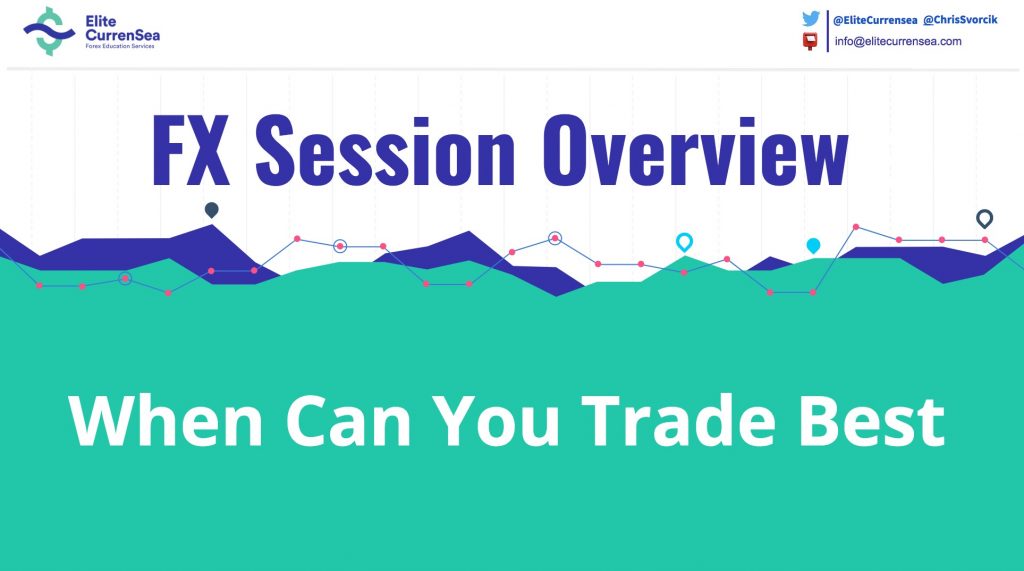 The Forex market is pretty much open 24/5. Aside from a few holidays now and then it is a non-stop market place. But price behavior differs significantly depending on what time of the day it is. This article will discuss the changing conditions of the forex market throughout the course of a day, and provide tips on how to navigate each of the major trading sessions.

Every Session Has Its Own Character

It takes time to experience the unique quality of each of the three major Forex sessions (Asia, Europe, and America). There are some key characteristics to each session, which, if one is not aware of, can cause quite a lot of confusing signals. Having a grasp on each session’s qualities is almost a prerequisite for trading success. You may need to adapt your trading approach, depending on where you live and when you are able to trade, in order to factor in price behavior of the different sessions.

I live in New Zealand, which essentially starts off the new trading day. Being here has given me the opportunity to observe, live, how price unfolds from the very start of the trading day. Following are some of the key observations I have made for each session so far, as well as a few tips for navigating them.

Here is a link to a worldwide stock markets time map, which is very useful for tracking opening times.

The Asian session is in some ways the most complex session of the three because up to 8 different markets open in succession throughout its duration. These are as follows (in order of opening):

Before I take you on a tour through each of these sub-sessions, I want to outline some overall qualities of the Asian session as a whole:

This is the very start of the new trading day and liquidity is at its low point. Pretty much nothing at all happens while NZ is the only open market. Price just hovers within a few pips and any moves during this time are best to be ignored because they won’t tell you anything about what may come next.

Sydney on its own provides the first sign of life in the Forex market… but barely so. You tend to see a little more pip movement than during NZ, but Sydney alone still lacks any ability to set a direction. I have found it best to ignore moves during Sydney also. Certainly do not base any short-term entries on candles produced during this time period.

Only when Tokyo opens does the Forex market become more lively and volatile again. But even here, we more often than not see an inability for price to sustain movement in one direction. But price will generally show at least some sort of impulsive movement during this time. This is also the first time of the day that becomes potentially useful for trading purposes.

JPY pairs move best during this time. I have found that Tokyo likes to make use of any space between significant support and resistance levels. Price can cross this ‘free’ space in a potentially quite impulsive manner but then usually hangs itself up at key r/s levels. This is can be good for scalping trades, but you need to keep certain things in mind:

These two markets open pretty much at the same time, and roughly one hour after Tokyo. I have found that they mainly bring more ‘oomph’ into the moves that already started in Tokyo. One common characteristic of all three of these sessions is that one impulsive move usually happens within the first 15 minutes of the open. After this initial move, things often slow right down again, until after lunch perhaps, when another short bout of impulsiveness occurs. So Shanghai and Hong Kong are mainly an expansion of the Tokyo session.

On the vast majority of days, price moves slow right down after ½ or 2/3 of the Tokyo session ise done.

Although Asia is often the most boring time of the trading day, it is important to be aware that on the more rare occasion, if r/s levels do decide to break during these sessions, price can ironically move more freely in a short amount of time than during the following London session. This due to lower volume trading. The usual dynamics can be turned on its head in these situations, i.e. Asia becomes the big mover of the day while Europe initiates the stalling of the movement.

These late-Asian markets open one after the other over the course of a few hours. They certainly can bring new dynamics into play that can differ quite a lot from the earlier Asian session. Volatility often increases substantially the closer we get to the European opening bell. I have found this time to be the least predictable of the Asian sessions. Price can just as often show significant r/s level breakouts, as it can remain stuck within a range during this time. The last hour before London Open can be especially wild and unpredictable. Sometime it can wipe out any floating profits you may have had from open trades during Tokyo, while at other times, it can drive the price right through a level and push the trade into more profits. So I prefer not to trade this session by itself, but rather close any scalping trades before-hand.

One potential characteristic I may have been able to recognize of the late-Asian session is that it sometimes likes to finish off a larger swing that was still in progress, making it culminate right in the last few minutes before London opens.

This is no doubt when the serious FX price action starts to happen. Order volumes increase dramatically. Dynamics can completely change compared to the Asian session and the likelihood of trend continuation and breakouts increases substantially. So from a short-term trade perspective, it is best to treat this sessions as a fresh clean start and not mix it up with trade ideas from the Asian session. There are many strategies that analyze the price range that was created during the Asian session, and wait for a breakout of this range during the London session. If price has been retracing throughout the entire Asian session, London is likely to trigger continuation. This session can push more easily through minor s/r levels and will test more significant ones. Thus price can move greater distances during this time. Big economic data releases for the EUR and GBP come out during this time and create additional volatility.

Price tends go into more of a lull after the first couple of trading hours and into lunch-time, before resuming to move with more vigor again in the European afternoon, which begins to overlap with the opening of the New York Stock Exchange.

The NY sessions brings yet another new dynamic into place. It is just as powerful as the European Session and can either cause significant continuation of the earlier European moves, or completely go the other way.

Commodities and equities start to move a lot during the NY session, which can still be quite sleepy during Europe. The USD/CAD also becomes the most active during this time.

In any case, the most substantial moves often happen during the course of the NY session. I found that a big move usually reaches a crescendo toward the later parts of the NY session, where price reaches a new peak high/low. This is then followed by a significant retracement (profit taking) by the time the session winds down. This in turn sets the stage for the characteristic Asian trading, which is most often range bound between the new price extreme that was created during NY and some previous s/r level.

Short-term traders will probably benefit the most to close positions before the more serious end-of-day profit taking kicks in during the late NY session in order to maximize closing profits.