The Biggest Reasons Why Traders Fail in Financial Trading 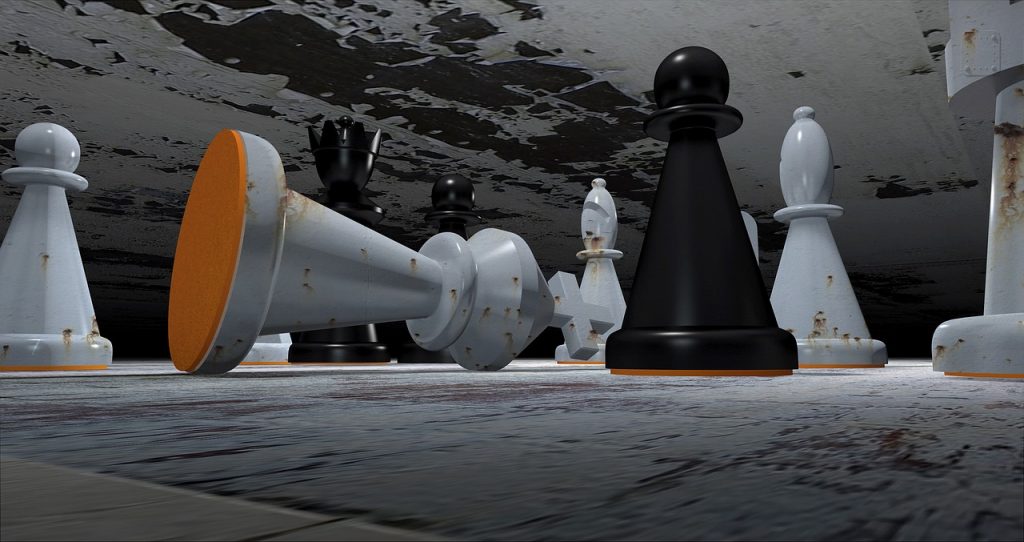 Traders lose money as they fail to realize that the market is a collective movement of their own actions and reactions along with other people’s actions and reactions. For example, you spot a trade and execute it.  As you close your eyes, the market reacts, and as you begin to react to your action, you then become uncertain if you entered too late, too early or if you have got it entirely wrong. This is the typical reaction to most traders, even the experienced traders feel this, it never really disappears.

The Market is Similar to Chess

In essence, the market is providing a reading of the social mood under which traders and investors, and in large, society, are operating.

Just like simple economics where supply meets demand is the price, is the collective view of society on a particular tradable instrument, eg, the market.

Markets are a zero sum game, so the idea that everyone can make money in the markets is not only inaccurate, but also impossible and laughable.  In simple terms, if everyone was making money, then there is no market, because who would be taking the other side of the trade?

Other traders feel they can trade with the crowd to make a profit, and then exit before the crowd does so they book a real profit. This can work in theory, but many traders are trying to do the same thing, thus to create a trend it takes unanimous acceptance that this is “the new norm”.  It then takes mass disillusionment or realisation to crash it the other way.

Let’s assume every trader did not risk per trade more than 1% of their account and used similar strategies of the professionals. As Stops would trigger all over the place, prices would fluctuate… As everyone is trying to do the same “right” thing, it creates the same market movements as everyone doing their own “wrong” thing.

Where most traders go wrong, and why the crowd loses money is despite most people’s best efforts to stick to their strategies, they often allow the mood of the crowd to influence them.  Successful traders find something that works, and usually just stick to it.

It’s often hard to pull away from the views of all your friends or whatever the analysts are saying on the TV and the internet.  For example, if you bet against everyone else and you are wrong, then expect ridicule from those around you.  Feelings such as regret for missing out on profits are often the case and be prepared for people to envy you because you just made money while they lost theirs.

Some may want to consider the negative feelings for the hedge funds and traders that made billions betting against the house prices, whilst the vast majority lost wealth.  It is the same when winning traders are often “crucified” during major market turns and the majority lose.

Markets such as Equities and Bonds are often a reflection of society as a leading indicator of the economy.  As Equities move down, while Bond prices rise, is usually a sign that the economy is already in decline.

Many think that “following the crowd” and “knowing when to get out”, is actually easy, well this is not the case, particularly the second aspect.  The second aspect requires doing something different…thus deviating from the crowd.  Even the well-researched hedge and mutual funds are they same and take hits along the way as do retail investors and traders.

We All Are Individuals

The crowd becomes a crowd when most people get involved in markets. Usually, crowds can’t create strong trends until most traders are involved. Smart money makes it’s move. The a trend won’t stop until nearly everyone is on board with the crowd.

When everyone is on board, it reverses. Smart money strikes again.

Since it was likely the smart money that got the trend started in the first place, and will likely be the first out, this small percentage of traders with the biggest pockets is likely to stay in the winners circle, even if that means making market average returns. The large number of small traders (a very high percentage of all traders) who jump on trends too late (or too early) and then tend to exit too late (or too early) will create the high percentage of traders who lose. That usually happens because retail traders tend to chase the price.

One of the things I did with CAMMACD method is to prevent a late entry in the market happening by explaining the very strict guidelines when and when not to enter a trade. Entering a trade when smart money makes its move is an absolute must.

Therefore, most retail traders who don’t have a clue about CAMMACD will still be losing money unless they find their own way to deal with early entries and crowd psychology. Only traders who understand this concept, who accept that what feels natural and good is likely the wrong choice, may manage to make money at this game.

Also, consider that if the benchmark average is somewhere near what professionals are making on average – let’s say 15% per year while the average retail trader is attempting to make much more than this, and likely risking too much to do it. Very often I see retail traders risking 60-70 % in order to make 10 %.

We Don’t Accept Our Own Faults

As normal human beings, we all have a tendency to pass the blame and find fault elsewhere. However, when you are trading badly, it is your fault and no one else’s. The market will always do its thing and if you find yourself losing money in the markets it is not your broker’s fault or a hardware failure. There is no mysterious “ghosts” out to get you or steal your money from you. Everything that happens to you in the market, good or bad, is ultimately your fault. Remember that blaming anyone else or thing is not going to help you become a successful trader. The first step is admitting that in fact, you are the problem. If you continuously start blaming other people for your trading failures, you will never improve your trading. Not admitting the problem will not lead to self-realization in Forex and CFD trading.

Accepting responsibility for your losses and trading mistakes is paramount to turning your trading around.  Whatever I have learned, I learned from my personal experience. I did so many mistakes in order to succeed and to become recognized in the Forex market. But let me tell you, it was costly.

Every Time Frame Has its Own Trend

Buyers and sellers can get exhausted, rejecting the price from important support and resistance levels. Very often the price gets to a stall. If we see a trend on the 5m time frame, it doesn’t mean that a trend exists on a 1h time frame.

Intraday traders often take profits around London noon, on Fridays and generally at the end of London session. It is all leading to patterns which are visible on all time frames. There are are also both bullish and bearish patterns across time frames, meaning at times the runs and reversals will be aggressive and at other times will be calm depending on how many traders are involved. That is why I am sticking to M30 and H1 timeframes, which are optimal for intraday trading.

This is a screenshot of weekly profits made on the M30 timeframe (350E account) by using the M30 CTE+T template that is a part of CAMMACD system. The account has been doubled. This shows you that CAMMACD trend trades can be traded successfully on both big and small accounts.

A single thing that most traders do wrong on a consistent basis, I’d say is a poor trade management. Every trader should know after some practice how to pick near-term market direction with some moderate accuracy. Well, at least enough to get into some open profit. This is not the hard part of trading.

The hard part comes after you enter a trade. Most traders don’t have any management plan, for whatever reasons. The overall risk needs to be assessed before a trade has been executed, no vice versa. Trading with a low risk is the best thing you can do to your trading account. 0.5-1 % per trade, not risking more than 3 – 5 % per day is the optimal considering you have a proven method such as CAMMACD. Consider using profit stops, especially if you trade on the intraday basis. This should help you protect your profits in the case of unexpected volatility.

If you feel guilty of not managing your trades before entering them, accept responsibility right now and start changing it.

Constantly Searching For a Holy Grail 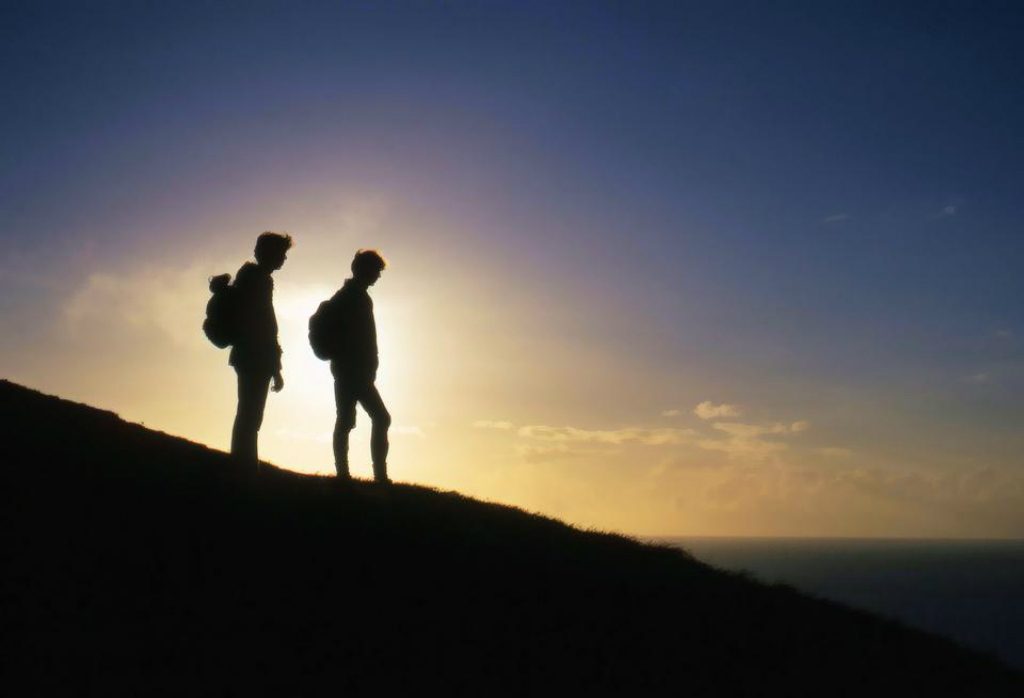 And remember, the Holy Grail exists. It is called – “Proper Money management”.

The last but not the least is again a very common matter to all traders who are losing money in the financial markets. It is called- unrealistic expectations. If you have only $1000 to trade with, there is no way on Earth you are going to be able to live off your trading. You have to take into consideration what you can realistically expect to make each month or week, given the amount of money you have to trade with.  All this assuming that you respect a proper risk management plan. Without a complete dedication and understanding all these important points you will not succeed long term.

However, by reading this final last piece of the article, you have already made the first step towards trading success.