What To Keep in Mind Before Thursday Inflation Report in US 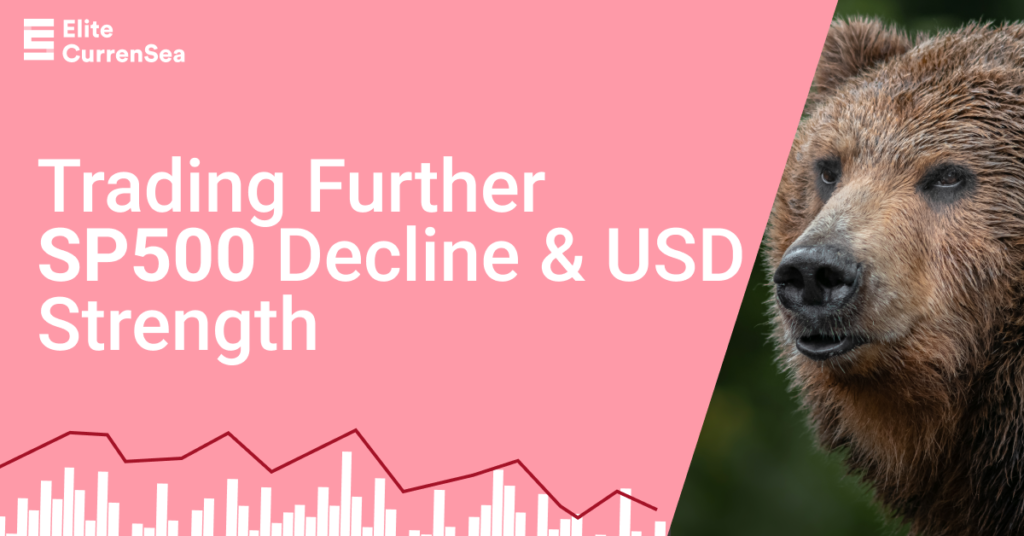 1. Global Markets are Stressed Out

Regardless of what side of the fence you take with Credit-Suisse being a next Lehman Brothers situation (it’s probably not, but it doesn’t mean we are safe from the collapse), the claims that the cost of insuring against European recession has increased.

In a macro environment as volatile as this and with markets as fragile as they are, it wouldn’t take much for something to break – even if we can’t tell what that might be yet. 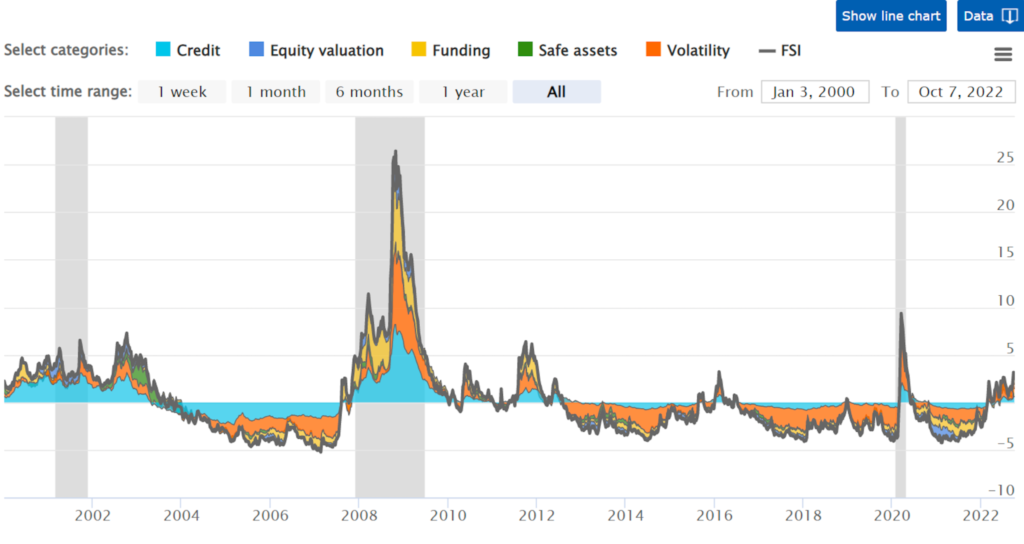 It is normalized, so a value above zero indicates more stress in the system than normal, while a value below zero shows there is less.

The current rise in the index shouldn’t be taken lightly: its value is getting close to the “extreme” levels seen during the global financial crisis of 2008. Even though it’s not quite at those levels yet, volatility (orange area) is on the up while stock valuations (dark blue) are slipping, which is exactly what happened back then too.

Also, the stress from credit markets (light blue) isn’t quite as rampant today, but it’s certainly started to climb.

This time around, the main difference is that funding stress (yellow) is mostly contained, and safe assets (green) haven’t seen their prices rise due to stronger demand.

While not a clear sign of the economy heading in the direction of 2008, it is concerning enough to have your longs in check and start thinking about SP500 shorts to hedge (if you are into building a portfolio) or bet on the further drop if you are focusing on short to mid-term trading.

2. Higher Than Expected Employment in US 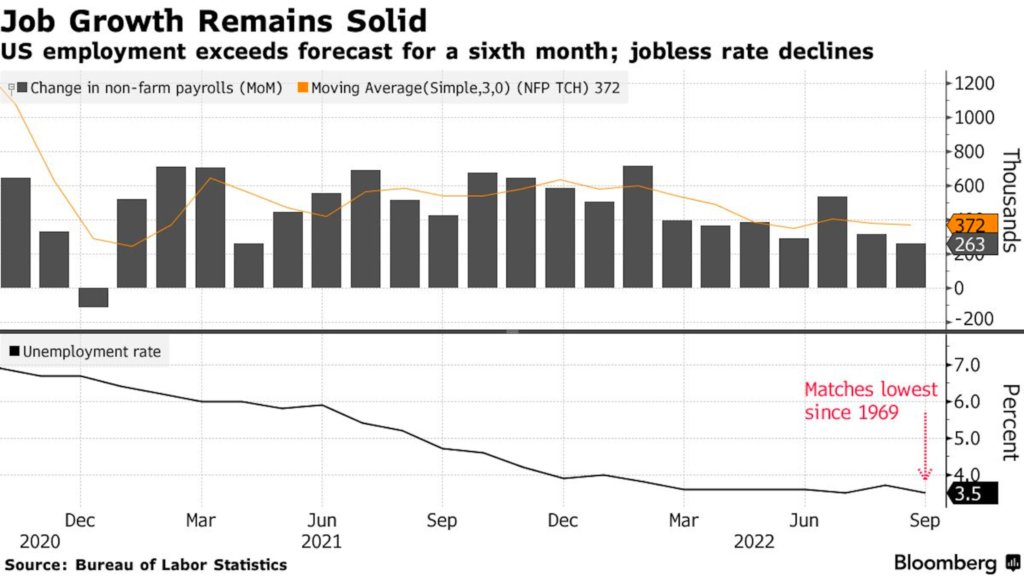 The whole point of raising rates in the US it to slow down the economy, which is usually based on metrics like:

And while the mortgage rates have spiked significantly and the rate of new house purchases has slowed considerably, the latest unemployment rate data indicates that the US economy is still adding more jobs than it was expected to add after three gargantuan rate hikes of 75 bbps.

This raises the risk of the FED hiking even more aggressively, eventually missing the point of “Soft Landing” and straight into the Global Recession.

The good news is that the strong labor market suggests the US economy is likely doing better than people thought. But it’s unclear how well it can weather the Fed’s interest rate hikes. Keep in mind that the labor market is one of the last areas to be affected by rising interest rates. So if it’s still strong now, it’s only because it hasn’t felt the full force of the hikes yet.

Given this data, we can expect FED to increase rates by 0.75 percent again, which is not exactly what the stock market would love to see, therefore, SP500 can be shorted in anticipation of this outcome.

Despite the peace between Armenia and Azerbaijan on the horizon, Ukraine and Russia don’t seem to see an eye to eye way out of the conflict just yet.

While the majority of Western countries condemning the actions of Russia, India, and China (more than half the world’s population) seem to be less straightforward about their allegiance, and with business people, like Elon Musk decided to join the discussion, we seem to be approaching a breaking point that hasn’t been seen since Cuban Missile Crisis.

Financial markets, usually the last to weigh in on the prospect of Nuclear War, might not be able to further tolerate the conflict escalation, thus, adding another pressure for the most markets to fall down while the USD becomes an even more of safer heaven.

Consequently, if you really believe there is no de-escalation on the horizon, bet on commodities shooting up again, short SP500, and keep some USD in the bank.

To Sum UP: Better Safe Than Sorry

Deterioration of the key performance indicators similar to the pre-2008 crisis might not be telling the whole story, but the anticipation of further geo-political tensions and the still-hawkish FED stance are all adding to the widely spread belief of a further worsening of the economic climate.

To be prepared, consider staying short on SP500 and holding on to US Dollars for a little bit longer.