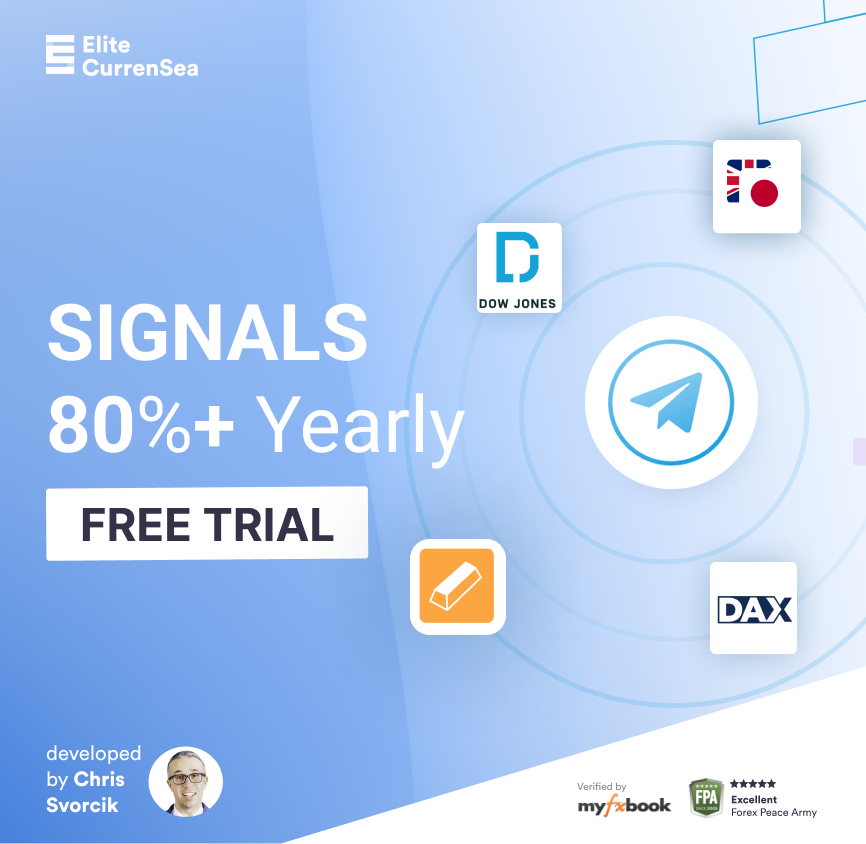 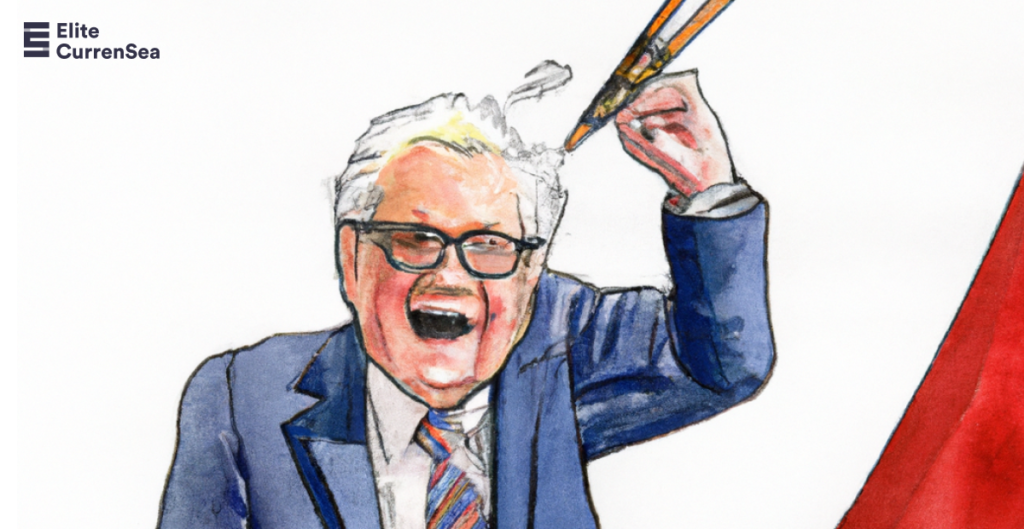 If you were to create an investing moodboard, you would probably have at least four photos of Warren Buffett surrounded by pink hearts. So, now that Buffett’s Berkshire Hathaway (BRK/B US) has increased its stakes in the five biggest Japanese commodity-trading companies let’s explore why you may – or may not – want to take the hint.

What’s the Investment by Berkshire About?

Berkshire’s 5% stake in each of these five Japanese commodity-trading firms has yielded stellar returns in yen so far, ranging from Itochu’s 97% to Marubeni’s 248%. 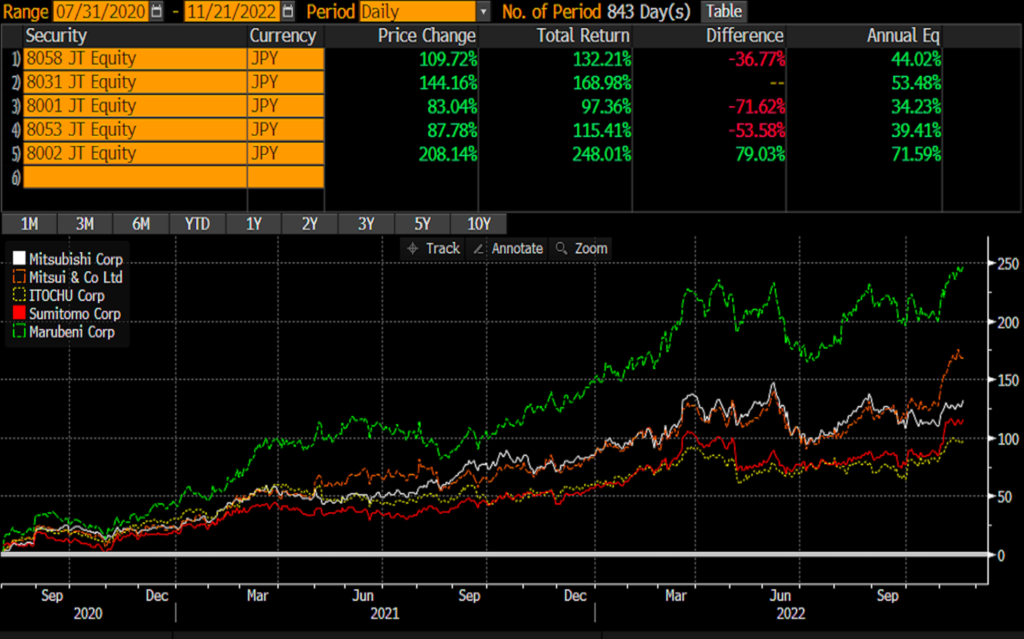 Berkshire announced last weekend that it had increased its stakes in five firms by 1-2%. This means that Berkshire now holds over $11 billion in these firms, and can benefit from a variety of commodities.

For example, Mitsubishi is heavy on oil and coal, Mitsui on oil and iron ore, and Sumitomo is focused on copper and nickel. Itochu is not as reliant on commodities, meaning it has a more stable earnings structure. Even though it has performed the worst out of the five firms, it is still up 97%.

Even though the share prices are tempting, the firms are still trading at relatively cheap valuations. With Japan’s near-zero interest rates, the dividend yields have stayed stable at around 3.5%. Most of them also have share buyback programs, so shareholders will get some of the profits. They’re also banking a lot of free cash, which is something that Buffett always likes to see in his investments.

Berkshire Hathaway has issued yen bonds in Japan to finance its purchases, which has come in handy given the Japanese yen’s 33% decline against the US dollar since August 2020.

Why Have they Doubled Down on the Investment?

You can assume that Berkshire still believes in the initial reasons for its investment. This is mainly due to the benefits of commodities and the fact that real assets are a good hedge against inflation.

Check out the chart below: Goldman Sachs highlighted that inventories of a wide range of commodities are at relatively low levels, and – even regardless of what happens in China – we may see “restocking demand” going forward.

That demand could come from a few different places. For oil, it could be the currently depleted Strategic Petroleum Reserve in the US. For gas, there are the eventual European refills that will be needed after the winter. And for grain, India may look to bulk up its lackluster supplies. 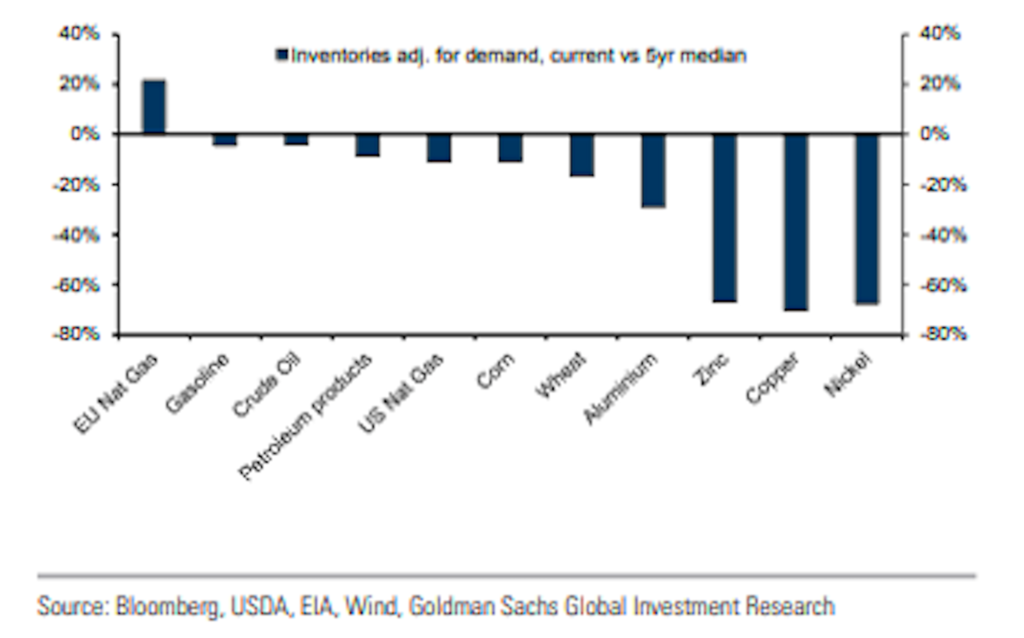 How You Can Tune in On This Trade?

You can still join in the fun even if you’re late to the game. If you have access to Japanese equities through your brokerage account (Degiro is a good option, otherwise, reach out to us for a suggestion), you can invest in one or more of the Berkshire-backed Japanese trading companies.

And if you don’t have access, buying some general commodities should suffice. After all, Berkshire recently announced that it invested roughly $9 billion in energy companies Occidental Petroleum and Chevron Corp. This is a clear indication of Berkshire’s trust in energy and commodity companies in general.

If you are big on commodities, consider Gold (which also fairs well during the recession), WTI Oil. Otherwise, there are a handful of ETFs to engage in the trades passively (albeit without extra leverage – not always a bad thing).

Another way to get in on the Buffet-inspired trades is to invest in Portfolio ECS, which has been +800% up this year.