Why I trade the American Options 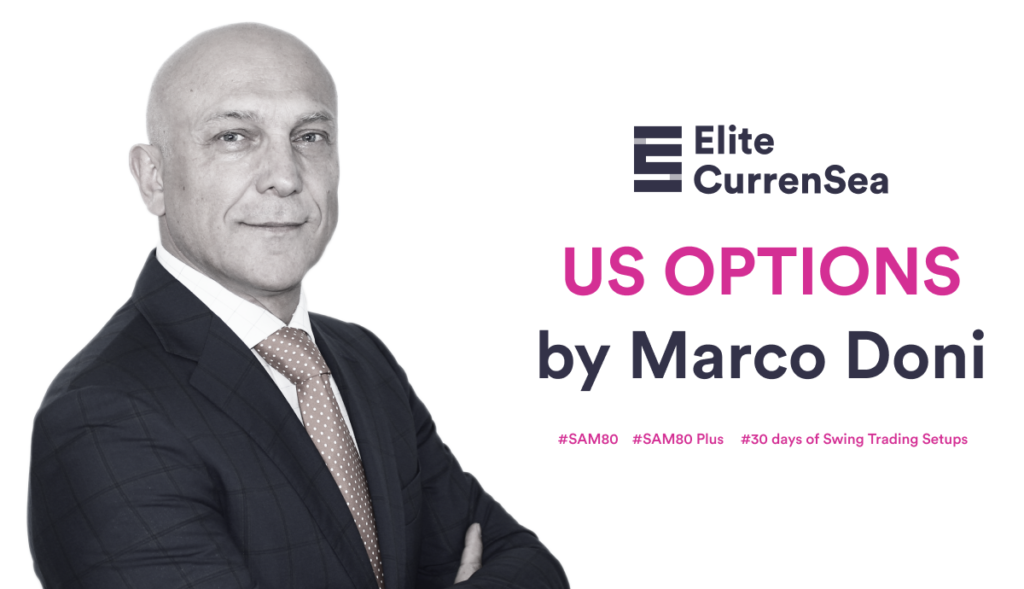 The choice to switch to the American Options is linked to a mistake that has cost me dearly in life.

Yes, because often it is when you feel overconfident that mistakes come along and, like many others, I have made mistakes and lost money. Obviously, after a mistake, you start to be afraid of making a new mistake. Loss is a paradox but is important because it brings you back to humility, and it is essential to understand how it should be part of your path and your daily trading activity.

There is no such thing as a trader who always wins and has ever won.

And when you make a big mistake, you ask yourself, “How do I deal with it now? How do I handle it?”

Initially, you may even be afraid to log in to the trading platform.

You no longer have management and control, and the fear of losing takes over.

In these cases, you have to start again and understand the reason for the mistake: strategy, technique, trade management, or risk control.

In my experience, the most likely error is not respecting risk management.

When you start your trader’s career, you need to be aware that mistakes can happen and more then one!

The basic rule is: a good trader is not a trader who earns a lot, but a trader who loses little. The fewer mistakes you make by following the right rules I will teach you, the more likely you are to have profits.

And that’s why I switched to Options for good, after making my biggest mistake ever: Exodus Communications!

In 2000 I traded only with shares on the American stock market; I had good results, swinging but positive, and with my technique of fundamental analysis on the companies in which I decided to invest, I identified Exodus Communications EXD. This company represented the biggest American ISP (Internet Service Provider).

I had invested in a company that would have had a remarkable development in the years of Internet development.

The company made acquisitions of smaller companies in the industry, and this resulted in a considerable outlay of capital.

One of the first rules is to try to avoid companies that are planning to acquire others.

But how is that, you must be thinking, the company that acquires expand its business, increases its turnover in short it expands!

The thing is a bit different.

Investors do not see very well acquisitions because they immediately cause a decrease in the company’s capital, which is essential for the acquisition, so they increase the debt situation of the company.

Moreover, it is not so sure that the newly acquired company immediately brings profit; on the contrary, it may be a long time before having significant returns on invested capital.

Very often only increases the debt in the short term.

Let’s see what happened: the company lost value; I got in to the trade with a price of $9, and the company, immediately after this acquisition, went to $6. Once it went down to $6, instead of applying Risk Management, I was a gambler. Instead of closing the position by taking a loss of just over 30%, which hurt not only my wallet but my pride and admit my mistake, I applied the attitude of hope and pray (wait&pray), waiting and hoping and gambling!

At that point, not content, I bought more shares at $6 to mediate the initial purchase price trying to recoup the loss at a lower price. As was actually to be expected, given the situation and as my inner voice told me, which I learned never to ignore again, the $6 price dropped to $3 because the company couldn’t make up the debt!

So I bought more shares at $3, I was buying more and more down to mediate more and more the price, and what was worse, I was channeling almost all the capital on a single trade.

A few weeks after this last purchase, the company declared Chapter 11 that in the U.S. corresponds to a phase before bankruptcy. I found myself having a nominal share value of a few cents with the company’s delisting from the NASDAQ and the subsequent move to the third pink sheet market.

Almost all my savings faded. A tragedy, I couldn’t believe it.

All this happened within 3-4 months: all the invested capital lost, vaporized.

In the beginning, I was disbelief and a sense of total impotence; when I saw the shares losing -2% -4% every day, I told myself that the drop would end, and the price would rise.

But my little voice said no, my inability to accept reality led me to a total loss of invested capital.

“Money is a good servant but a bad master.”