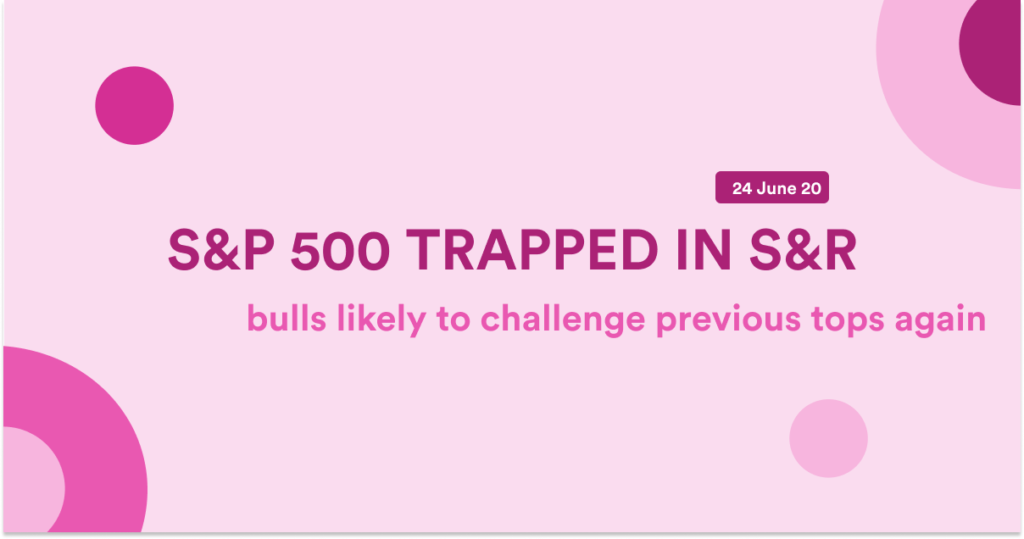 During the last week, we saw a fairly quiet market mainly driven by the news. But the market remains on guard.

A clear example happened last night when a large drop of about 85 points occurred in the S&P 500 futures. This was based on Peter Navarro’s intervention where he stated that the trade deal with China was dead.

This article explains what happened next, what to expect from Gold, and an overview of the S&P chart from a technical point of view.

The market losses were completely recovered with a fast rise prior to the following market opening. This was due to additional clarifications from both Trump and Navarro on his statement.

Despite being actually in the background, the US-China trade war is definitely a relevant event that will intensify later this year once we’ll get closer to the 2020 presidential elections.

Nevertheless, the stock market is still climbing thanks to the remarkable performance of few tech companies. At the same time, we are also seeing the price of gold move up strongly. Price broke above the high of May 2020, thereby breaking through a new 8-year-high pointing straight to the previous top at $ 1900.

From a technical standpoint, the SPX is actually moving in a tight range during last week. We identified the red area in the graph as an important resistance region. As can be observed, it bounced precisely as expected and pushed down the price remarkably.

The SPX descent was confined by the 200 days moving average (blue line) which acted as a good support. Price only slightly broke through the 3100 level. After that, the bearish momentum of the SPX seems to be fading

The 3100 region was tested another couple of times but always acting as a support. It seems that the index’s intention will be to close the gap that characterized the last retracement. We are expecting price action to retest once again the 3230-3240 region, probably by the end of the month.