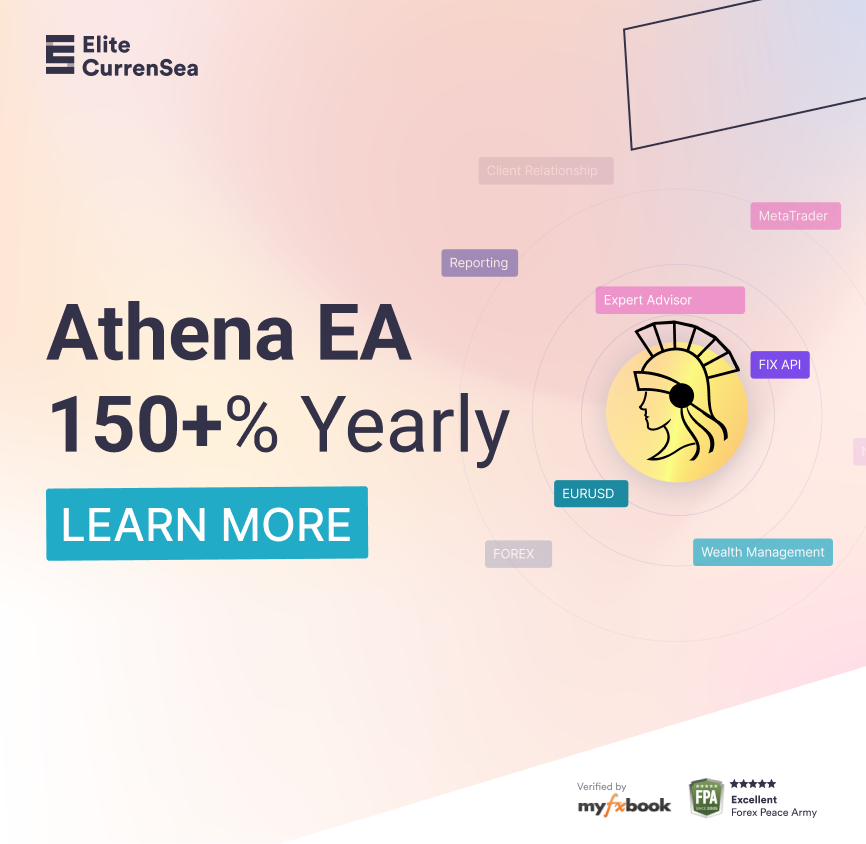 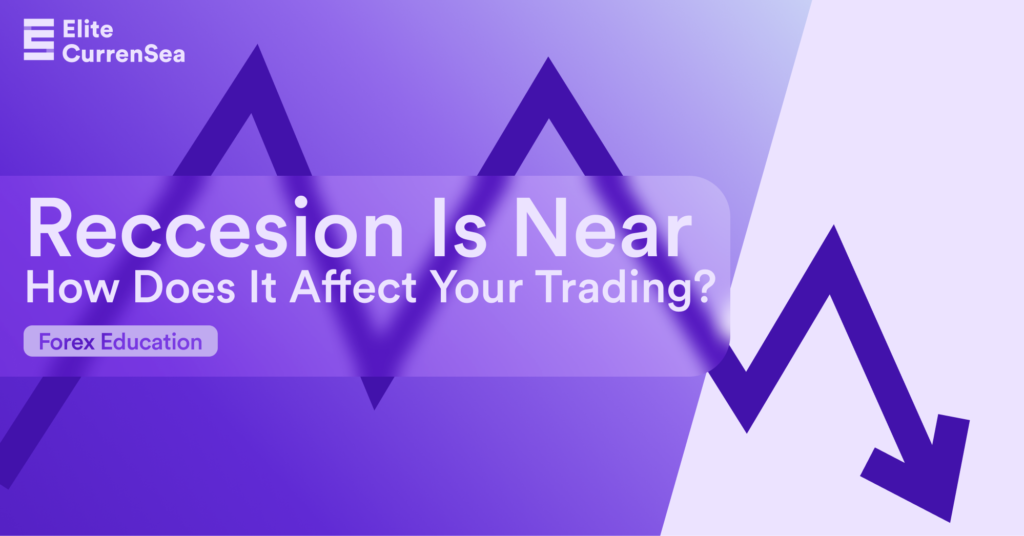 The S&P 500 has been on a rough ride lately, losing ground for 10 weeks in a row and giving up more than $12 trillion in market capitalization. It’s now on the brink of a bear market, and two indicators suggest that a recession is imminent.

While Elon Musk recently stated that he believes a US recession is likely in the near future, Goldman Sachs recently changed their projection to indicate that a recession is now more likely to occur in the next two years..So what does that mean for your portfolio?

Predicting macroeconomics is challenging, to say the least. My gut feel is maybe around spring or summer 2022, but not later than 2023.

What are the technical indicators showing?

First, even though things look bad, the S&P is still trading about 15% above its 200-week moving average – a level that has served as support during previous bear markets, except for the dotcom crash in 2000-2002 and the global financial crisis in 2008-2009. This suggests that the index is likely to fall another 13% before encountering any real resistance. 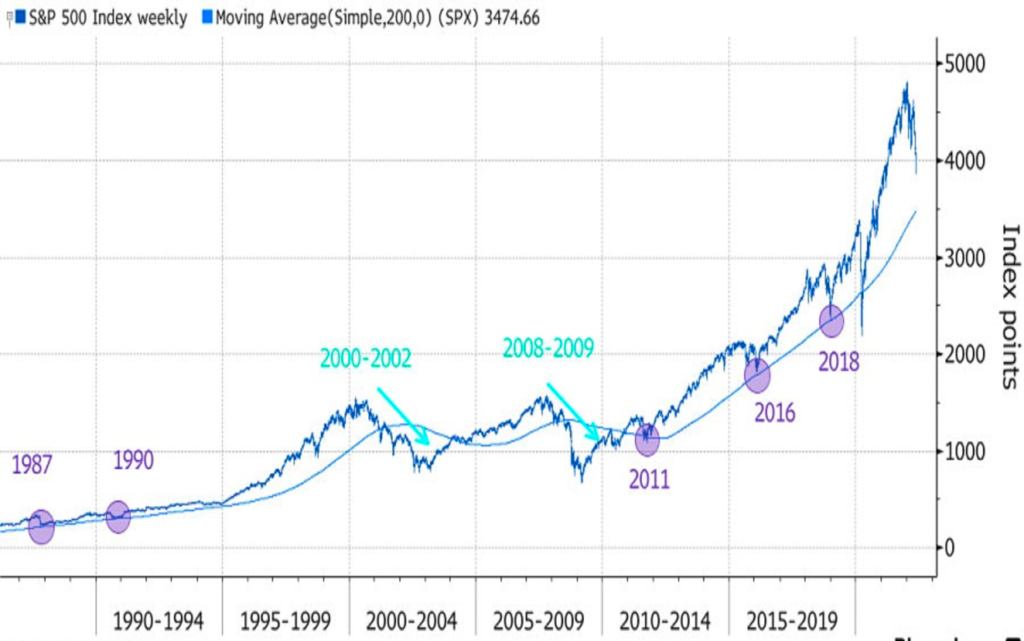 To get an idea of how much stress the market is under, look at the number of S&P 500 members that have hit a new 52-week low. Right now, it’s lower than during comparable market slumps. Fewer than 30% of the S&P 500 have done so, compared with nearly 50% during the growth scare in 2018 and 82% during the global financial crisis in 2008. 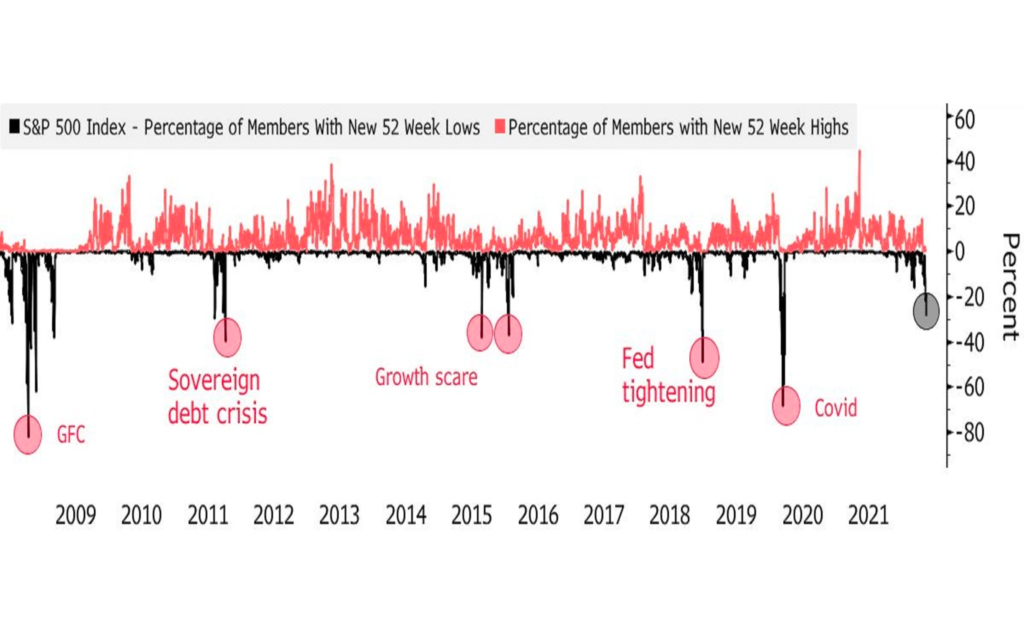 There’s no denying that Big Tech stocks have taken a hit in the recent market rout. But it’s important to remember that this sector represents just a small slice of the S&P. There are plenty of other stocks that still have further to fall (as evidenced by the fact that only 30% of the S&P’s members are at one-year lows) and could drag the wider index down with them.

Can the market predict a recession?

Before the end of June most forecasters used to believe that the US economy will rebound and avoid a recession; however, stocks can be seen as recessionary indicators when they enter a bear market. This is partially due to what they signal about the future, and partially because shrinking investment accounts can adversely affect consumer sentiment and spending (known as the wealth effect).

According to one study, consumer spending—the main engine of the US economy—increases by 3.2 cents for every dollar of increased stock market income. This also functions in reverse, as you might expect.

Is there always a bear market before a recession?

We can examine the past to see whether bear markets always come before recessions. In the past 95 years, the S&P 500 has 14 times reached the requisite 20 per cent decline that characterizes a bear market. Within a year, the US economy contracted for two straight quarters 12 of those times (the definition of a recession). The only two instances it didn’t were in 1966 and following the horrific “Black Monday” flash crash in 1987.

On the other hand, of the 15 recessions that have occurred over the past 95 years, 12 of them were accompanied by bear markets. In conclusion, recessions and bear markets frequently coexist.

The US economy’s potential for recession now has clear economic repercussions, as well as ramifications for markets. It makes sense because a recession not only worsens sentiment but also causes a significant decline in consumer spending, manufacturing activity, and other economic activities, all of which fuel the stock market’s decline.

Although it may appear that companies’ profits have remained strong, the reality is that higher rates are slowly starting to take a toll. As the framework shows, the impact of higher rates on earnings isn’t immediate. It takes hold only after consumers start to tighten their spending.

Companies often try to increase their profits in the short term by cutting costs, passing on some costs to consumers, or delaying spending. However, eventually this strategy catches up with them as consumer spending slows down and production and financing expenses increase. At this point, companies have to make significant cuts, firing workers and abandoning expansion plans. This has a ripple effect on the rest of the economy and is why a reduction in profits is often followed by a slowdown in the economy.

Is the US economy headed towards a recession?

The million-dollar question is whether or not the stock market has further room to fall if the answer is yes.

All of the recessions that have occurred since World War II have four things in common. And the majority of those elements still exist today. Checkmarks for them include a Fed-rate-hike cycle, an inverted yield curve, geopolitical concerns, and a bear market (almost check).

Investing in out-of-the-money put options on stock market ETFs, such as the SPDR S&P 500 ETF Trust, is one approach to protect your portfolio against the prospect of a recessionary bear market (ticker SPY, expense ratio: 0.09 per cent).

On the contrary there are many signs that recessions are farthest away from actually happening. The head of the Federal Reserve announced in late May that the country’s central bank would keep raising interest rates until there was a discernible decline in inflation from the previous month (which they duly have been doing ever since). A central bank has generally gone too far and may start a recession if it continues to raise rates after inflation has peaked.

The fact that firm earnings are likely to decline from their extremely high levels as a result of increased supply rather than declining demand is one reason why the Fed may come out on top this time. See, as the pandemic subsided and supply interruptions in countries like China, Russia, and Ukraine drove up prices of the things that were already available, demand has outpaced supply for everything from microchips to energy. In the coming months, it is anticipated that supply will increase globally. As a result, businesses will be forced to lower their prices in order to remain competitive, which will assist to reduce inflation. Sure, it will lower their profit margins, but businesses presumably prefer stable demand with greater competition to declining demand, which is typically associated with rising interest rates. 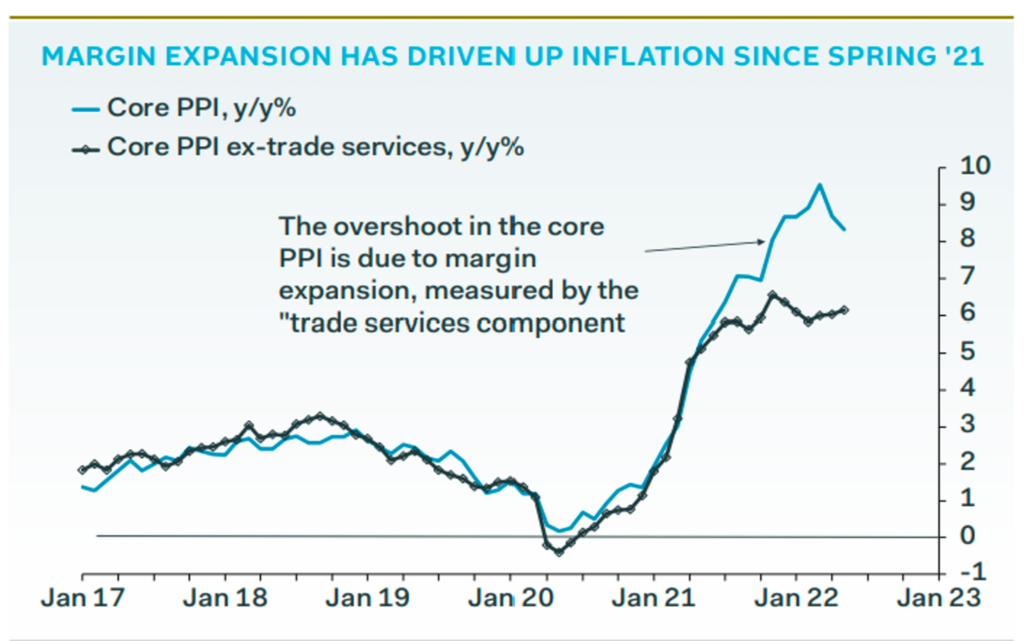 Additionally, there is a huge cash reserve in the entirety of the system. In the US, households now have roughly $3 trillion more in cash than they did at the beginning of the pandemic, giving them a better ability to cope with rising food and fuel prices.

Of course, not all of the $3 trillion is split equally (or fairly, for that matter). The poorest people are suffering the most because they were already spending roughly 30% of their income on food and energy before the price increase, which has caused a decline in their financial reserves. However, those with higher earnings often drive consumer spending overall, and they have been doing so up to this point. That will deplete their funds, undoubtedly, but it might also prevent a recession in the US economy.

Companies have been sitting on a cash cushion of about $300 billion, and with interest rates remaining low, there is an incentive to keep investing in equipment and machinery. This spending could help avoid a recession.

On top of that, wages have seen little bumps of growth. Typically, wage growth rises during the later stages of the economic cycle, forcing central banks to worry about “embedded,” or persistent, inflation. However, with wage growth already slowing, it is unlikely that this will be a problem this time around. In fact, the most wage-sensitive elements of core inflation are already slowing sharply. This suggests that the monthly inflation downturn that the Fed wants to see could happen sooner than most economists expect. By September, the US central bank could be in a position to begin making smaller rate increases, if any.

When will the recession occur? 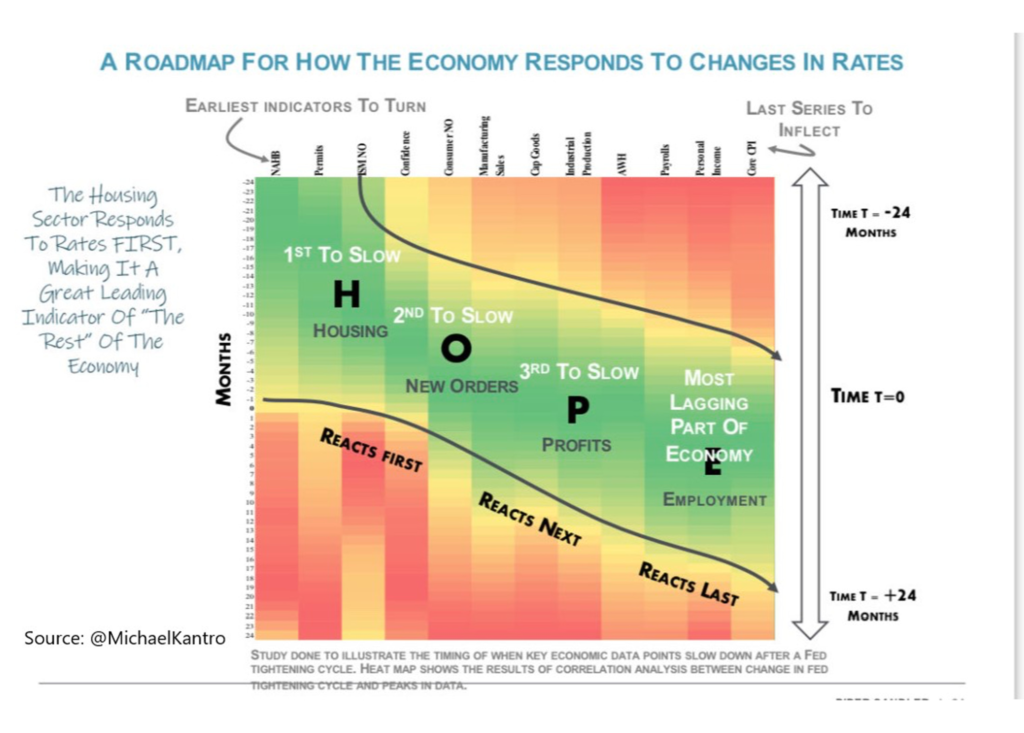 The HOPE Cycle’s roadmap and data strongly suggest that we are already in the midst of a slowdown, in the “Orders” phase. This usually precedes a more general economic slowdown by six to twelve months. It’s not necessarily a prediction that we will enter a recession – after all, the roadmap is not an exact recipe – but it does show that the slowdown in growth could happen sooner than some economists expect.

As we approach the second half of the year, keep an eye out for any signs that companies’ profits are slowing down. This could be an indication that the economy is heading towards a recession sometime next year. In terms of your portfolio, it’s still a good idea to take a defensive stance until we have more clarity on the situation. In the meantime, make sure you’re investing in high-quality companies in defensive industries.