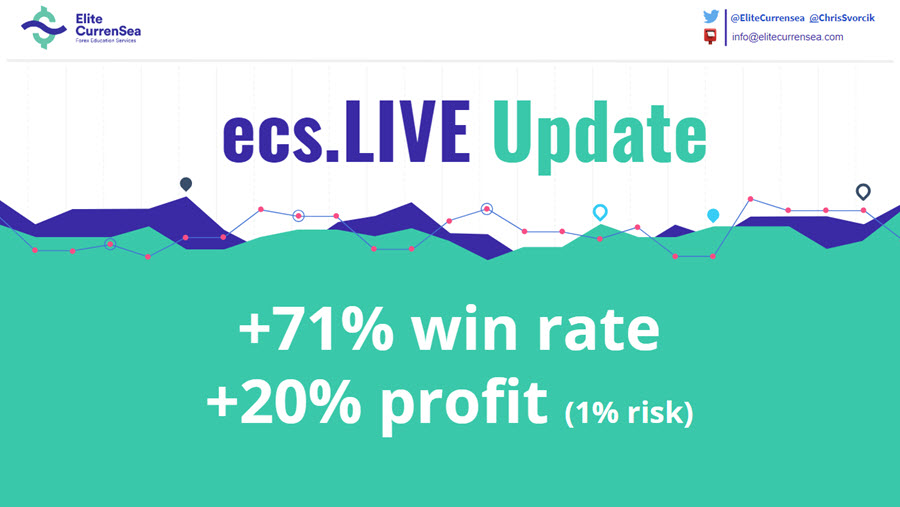 this is a regular update of our performance with ecs.LIVE. The next update over 2 week promises to be a special one because ecs.LIVE celebrates its 1 year anniversary on the 23rd of October.

The ecs.CAMMACD performance showed another period of strong growth whereas ecs.SWAT managed to recover slightly compared to the drawdown last time. The overall performance was however higher than average, which you can check for yourself in this article.

When analysing the equity curve of the ecs.CAMMACD system (see image below, you can see another strong bullish swing over the past few weeks.

In our previous update the CAMMACD system was showing a profit of +58.71% whereas now the account is currently at 90%. The account growth is approximately +31%.

But always keep in mind that all trading systems will encounter drawdowns. Nothing goes up forever, also account curves, and up and down fluctuations are normal and to be expected. That said, obviously we are happy with the CAMMACD results till now and hope to see more account growth again in the next 1-3 months.

ecs.SWAT has been fighting to climb back from its -20% in the previous update. The system uses a very strict rules based approach and a drawdown period can take a bit longer before a recovery is visible.

For the moment our systems are showing a potential revbound as the account grew by 10% before making a mini pullback again. But we are optimistic that our Ultra and Ultra lite system will push the account back into positive territory within 1-3 months.

The overall ecs.LIVE performance is based on two different trading systems: ecs.SWAT and ecs.CAMMACD. Both have their own trading track record which is verified via MyFxBook but we want to be fully open and transparent, and therefore have combined the performance of both systems in the sheet and in the stats below.

ecs.LIVE saw the following stats from September 10 to October 5, 2018: 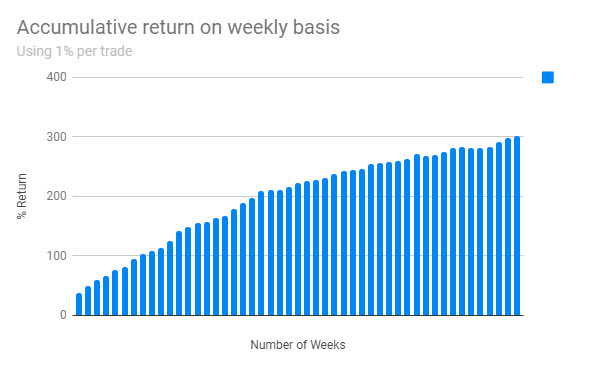 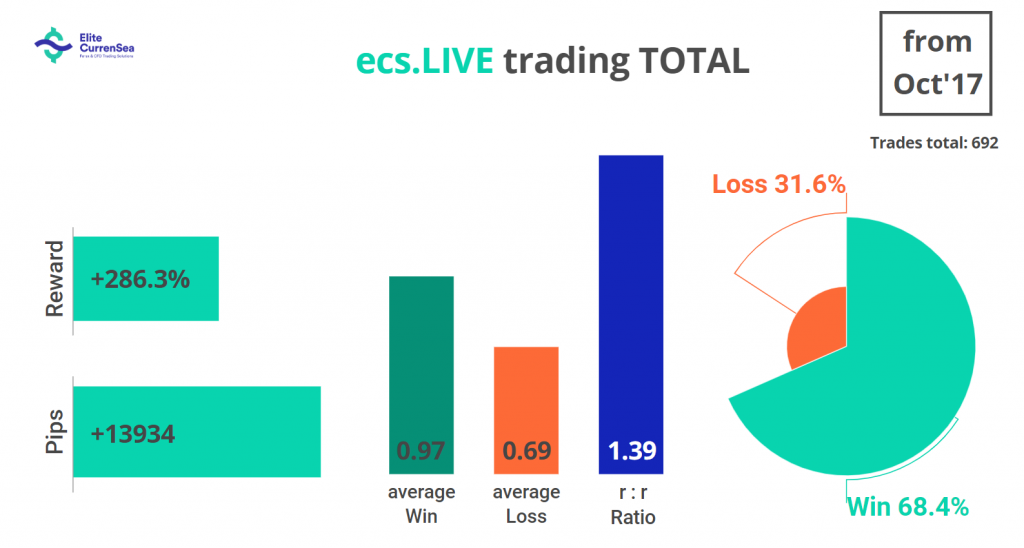