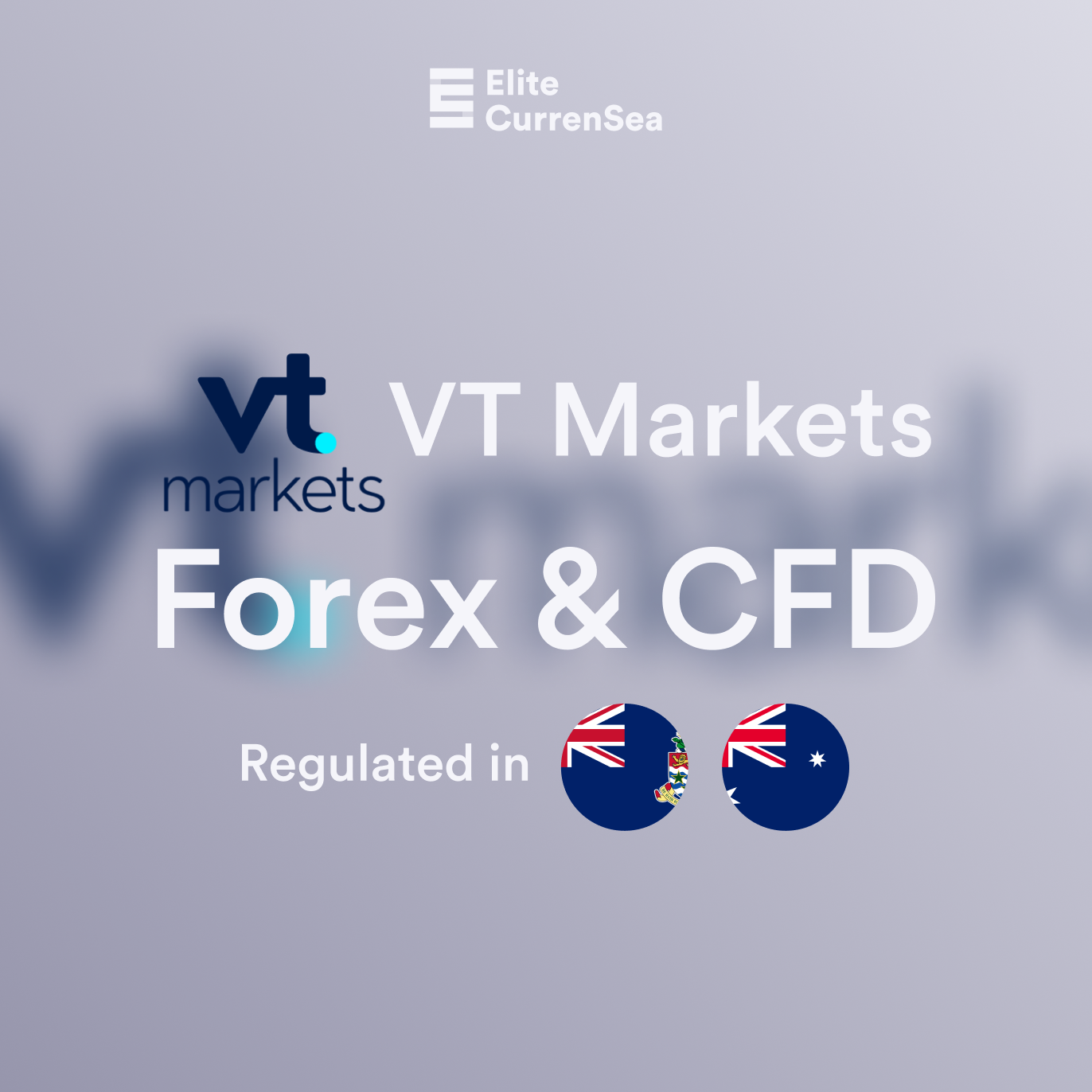 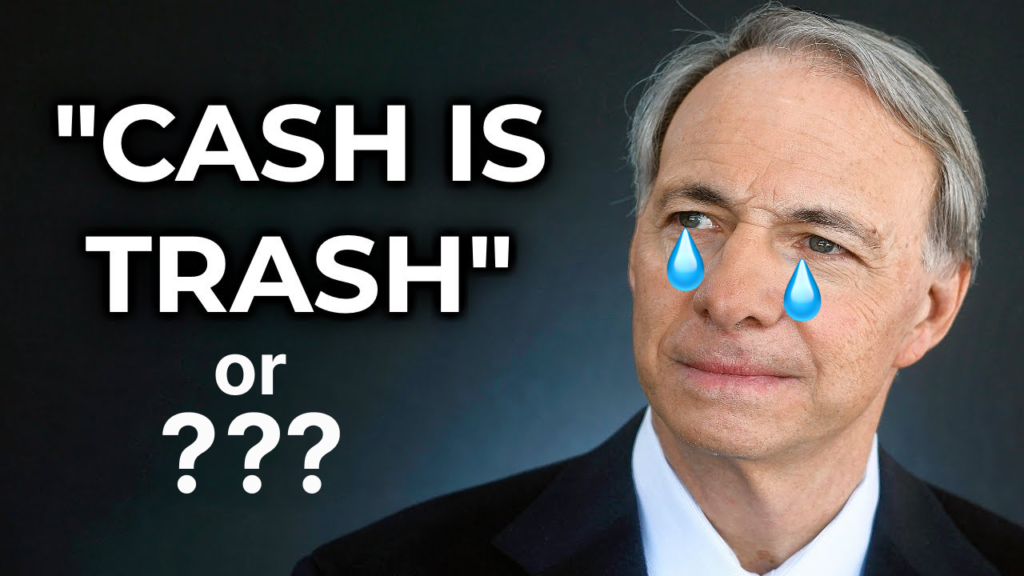 Despite what Ray Dalio wanted us all to believe, we side with Warren Buffet here. Especially, if by cash Ray means “US Dollar”.

Ray Dalio says “cash is trash”. Warren Buffett says “We believe in having a lot of cash on hand”

Who do you think is right?

Recently, Ray also reiterated his point, saying that the interest rate above 4.5% would mean a possible 25% downfall in the US Stock market.

Let’s deconstruct the above and see what we are to do mid/short term with the recent economic happenings.

The Fed has raised interest rates three times in a row, and has warned that more big hikes could be on the horizon if inflation doesn’t start falling towards the 2% target. 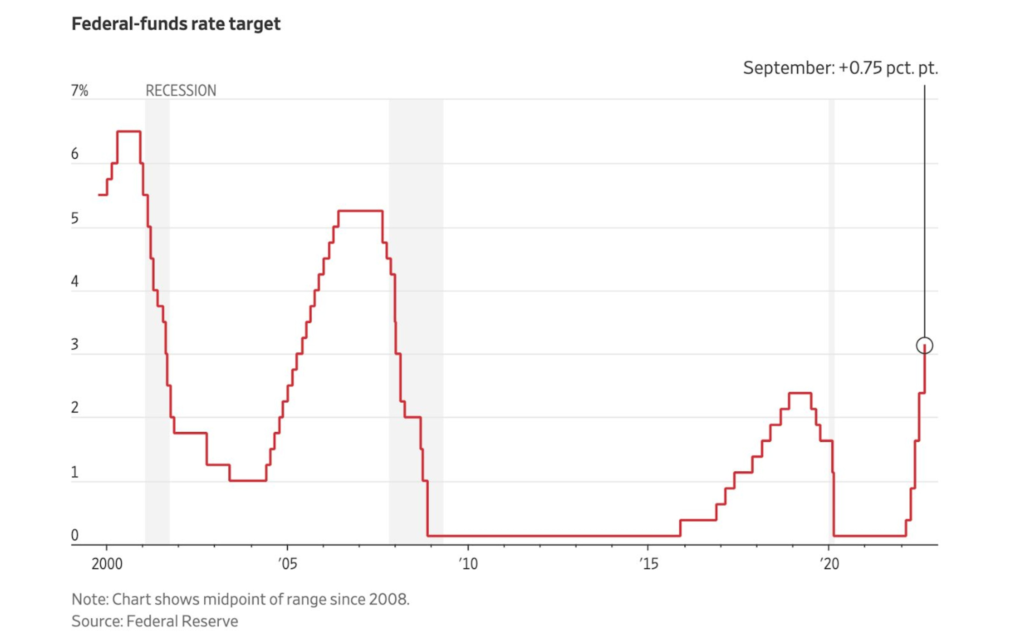 In fact, the Fed now forecasts that the key federal funds rate will reach 4.4% by the end of this year, and 4.6% by 2023. This means that another big hike is likely when the Fed meets next in November, and dashes any hopes that rates might be cut in the near future.

While the 75bps were not a surprise to the market, the tone of Jerome Poweel was anything but concerning for recession deflectors. New “dot plot” was mentioned for the first time. 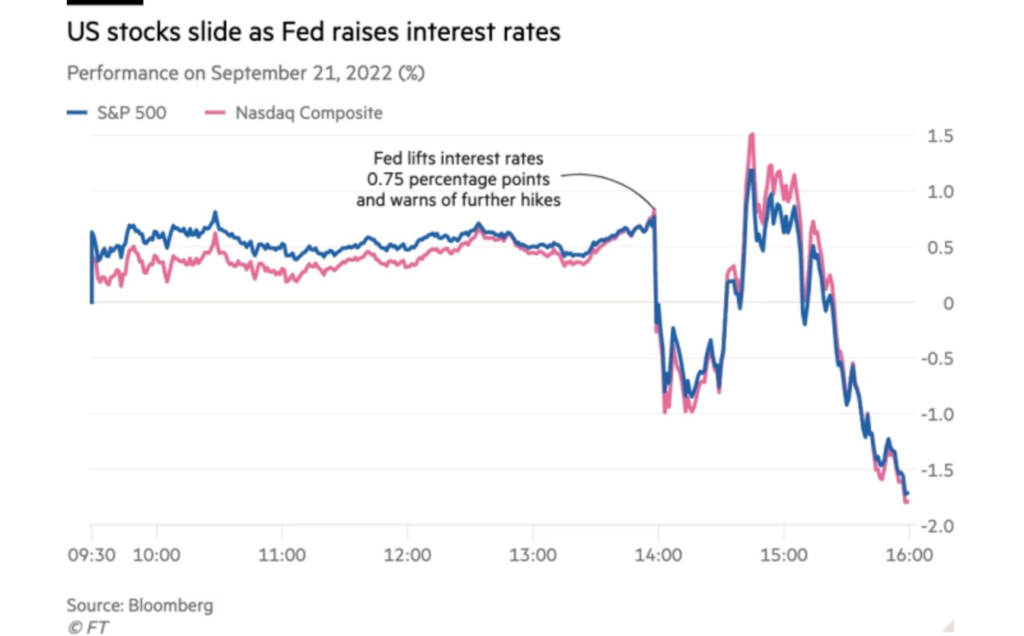 Although there is some chance that rates will not need to go so high, it is unlikely that the Fed will pause in its hikes or reverse course at this time. So, unless the job market shows signs of slowing down, the top priority will remain to curb inflation.

And while Treasury bonds usually benefit from slower growth, they might not perform as expected if inflation and interest rates stay high.

That would leave the US dollar as one of the only games in town: it often appreciates when the Fed is hiking aggressively, and when global growth is slowing.

If you are an Equites person:

We will be monitoring the situation closely, but for now, if you are looking for a fairly reasonable short, go no further than SPX (SP500) for mid-term. Don’t overstretch your positions with leverage and don’t rush to get out of this trade.

For FX Folks out there: