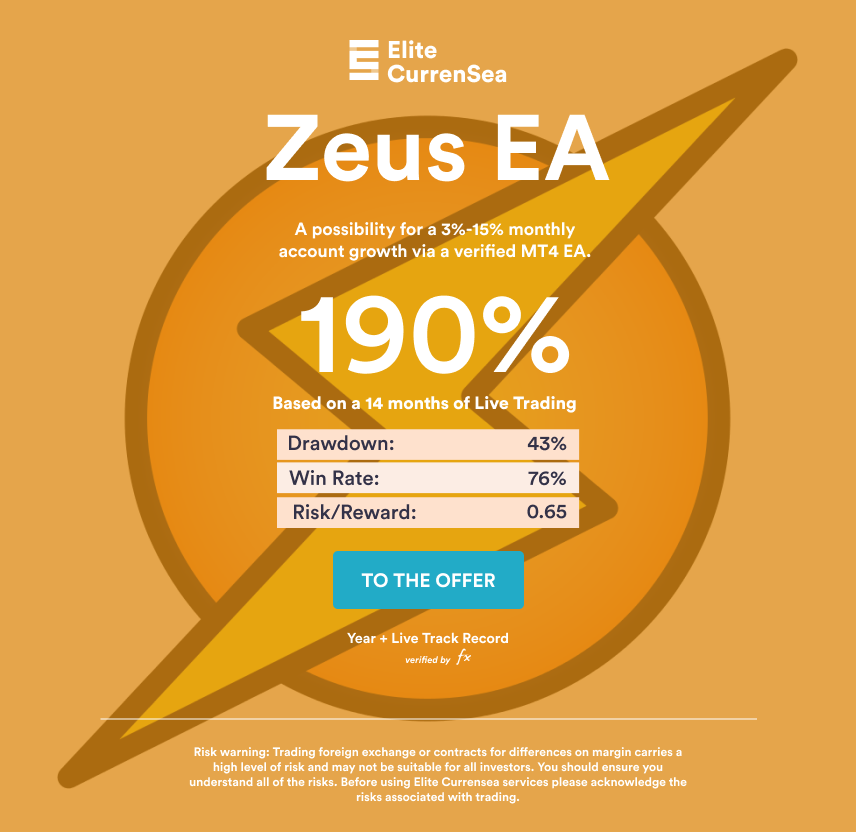 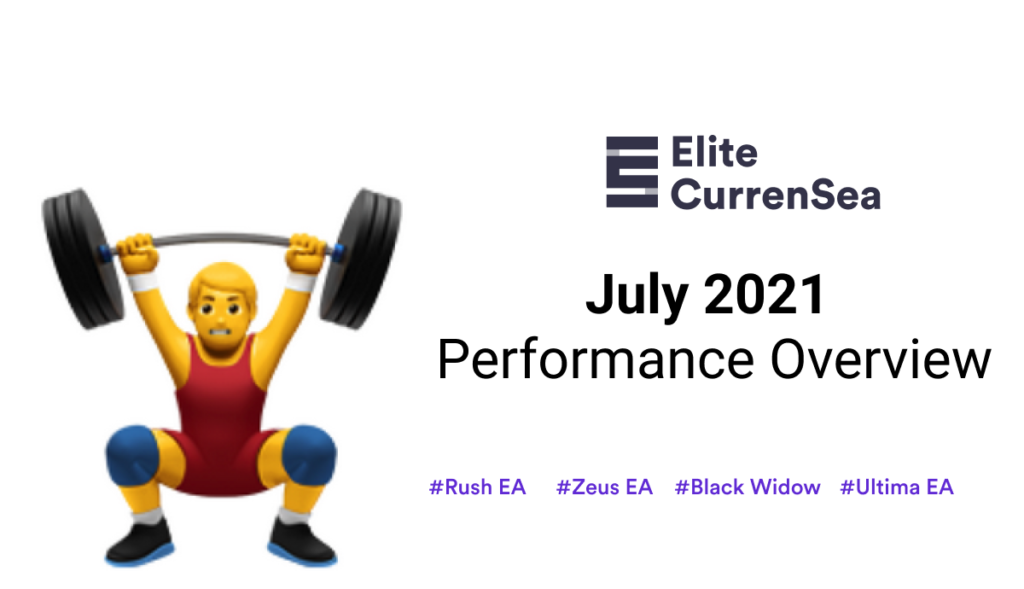 the performance in July had some ups and downs. Our Zeus EA accounts, SWAT EA, ecsLIVE and the option trading ideas performed decently with all of them ending in positive territory.

But the larger losses with Ultima EA and Rush EA from Mislav Nikolic pushed the total of the month into an overall loss.

Summary of All Systems in July 2021

Here is a summary of all the trading systems and their performance in July 2021:

The Zeus EA was again consistent – as always. There was no real worry during the month. The lowest draw-down did not even cross half a percent (0.5%).

The low volatility did not stop the EA however from closing in the blue. Although the gain was smaller than usual, we still managed to gain a sweat +2.24% on our PAMM and +2.49% on our rental account (first and second here).

There are two main options if you want to join the Zeus EA.

Feel free to also check out the webinar recording of our live webinar. Here we discuss the performance in May 2021.

The SWAT EA made some smaller gains. The total on both instruments was +4.31% during July 2021. The DAX account started with a decent draw-down but a couple of larger wins placed the account back into positive territory.

The total profits so far after almost 6 months of live trading is almost +40% on both instruments – the EUR/USD and DAX 1 hour charts.

The Black Widow signals on ecs.LIVE from Nenad Kerkez was well on track. A smashing number of pips were realized with more than 4,000 in the pocket. Also the win rate remained above 70%. The account crossed the 40% profit mark as well.

The ecs.LIVE service made a new all-time high and peak after almost +14% in profits and a very low draw-down of just 4.4% during July.

The Ultima EA from Mislav Nikolic booked its 4th losing month in a row. The EA had a good start in quarter 1 2021, but the 2nd quarter only saw losses. Unfortunately, the 3rd quarter did not start on a good note either.

The EA had a too low win rate to place the account into positive figures. And the winners did not compensate the losses enough with just a little more than 1:1 ratio.

The Rush EA from Mislav Nikolic had a wonderful June 2021 with +28.11% in profits. But unfortunately, the profits did not last long. Another winning month was followed by a losing month as the EA struggles to show a series of winning months in row.

Although the win rate was better than Ultima EA, the reward to risk ratio was too low to place the account into the positive territory.

Yet again a month with records. July saw the threat of a new period of closures and other limitations reappear on the world scene. This created a fast bearish movement in the middle of the month, which however did not start a real retracement. This can also be seen from the very contained reaction of the Vix. It seems that, despite the inflation fears that persist, the market continues to believe that all dips must be bought.

The result was a month in which the SP500 index continued to break historical records.

What’s the main take?
As for the Swing trade service, the market trend – which was practically lateral in the first half and with a lunge that lasted a market day – did not favor the formation of harmonic set-ups that could be exploited. The month of July closes with four signals, 3 of which Call, confirming the bullish trend. The result indicates an average profit of 18%, a partial figure as we still have the latest educational signal on the market, TCOM, which is currently in a profit area.

Here are the Options trading ideas in July 2021:

GBP/USD is Looking to Reach the M L4