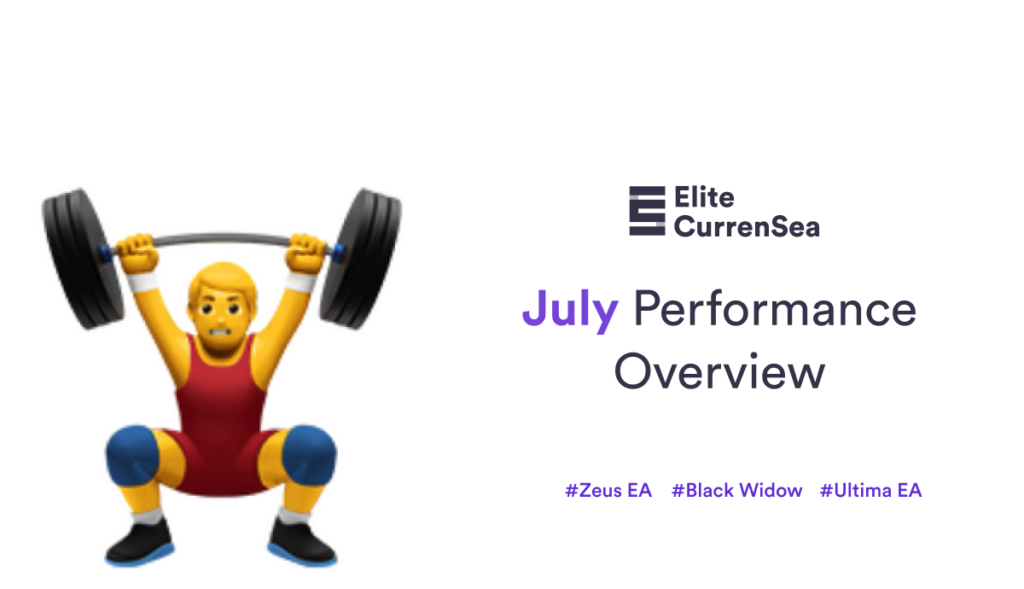 we hope your summer (for northern hemisphere) is somewhat pleasant! Given the blues that the year 2020 has been bringing so far (recessions around the globe and of course “The Virus”), we try to find solace in matters that we can have a positive impact on.

This article provides a performance update with the systems and Expert Advisors (EA) at Elite CurrenSea during July 2020. We plan to repeat this on a monthly basis. Our goal is to offer transparency in a field that often lacks it.

The Zeus EA managed to gain about +8.2% of closed profits in July. Not bad for the first full month. There are a few open trades from July 2020 but the floating and open loss of 4% in July has been removed by the end of July (and the account is up even more at the start of August).

All in all, the EA managed to “survive” a revived EUR/USD that saw a massive bullish 750 pip breakout almost reach 1.20. The Zeus EA is a grid-based approach so ranges are usually much better than trends.

The EA managed to book a handsome profit despite that strong EUR/USD uptrend. Its consistent mathematical calculations remained in balance even though there were more than 350 trades in 1 month. See the myfxbook results for Zeus EA.

Low draw-down, decent win rate, and sizable gains despite the uptrend lack of a range. The system still showed a formidable performance in July considering the difficult chart conditions for Zeus EA.

The pips value is not that important because the grid system works in a way that the first deals are opened with the smallest volume. However, later trades bring in more profits since the EA closes all series with a plus according to the math behind the system. Pips are therefore negative but income is positive.

The last month has been outstanding for the Black Widow system. The semi-automated trading method showed excellent results with + 8.23 % ROI with a win rate of 75.4 %. The result might get even better due to full optimization of algo-based calculators the Black Widow uses.

We know exactly where the markets will reverse thanks to our exclusive combo of camarilla pivots and ATR levels (Reverse indicator). We also use the custom coded 3 MTF indicators for trend and range filtering.

Nenad has put a huge number of hours into the system development and the code in the system isn’t simple at all, yet the system is very powerful. The public release should happen very soon and the ecs.LIVE members can enjoy the powerful signals from the Black Widow system.

The below track record starts in the middle of July and therefore does not fully reflect all of the trading that took place in July 2020 with ecsLIVE. This is now the main account because first of all, the previous account has reached its 100k target. Secondly, the account continued to be traded with 10k but a large draw-down did occur on the smaller account after 90k profits were removed. Thirdly, a new account (with 50k, more than half of the profits from the previous account) has now been started to reflect the new Black Widow system and cooperation with a new broker.

Ultima EA Bounces Back in 2nd Half of July

The Ultima EA from Mislav Nikolic had a rough 6 weeks from the start of June till the mid of July 2020. The tail end of the EUR/USD range was finally causing draw-down to occur. The EUR/USD has been in a range on the weekly chart for the entire 2019 and half of 2020 but the Ultima EA’s performance was not negatively impacted.

In fact, the 5% account made +870% and the 3% account made +545% during the massive weekly range. An admirable performance considering the choppy price action! Finally, the long dreaded draw-down did occur in June and the start of July.

Luckily, the Ultima EA bounced back during the second part of July. The 30%+ loss mid July (and 40-50% draw-down) was stopped. July eventually closed with a small loss at -7.16%. Certainly not bad considering the lengthy draw-down.

Ultima EA closes July with a couple of solid wins (4/5) to end the month on a positive tone. The wins substantially reduced the open loss in July from -30% to a minor -7%.

The good news is that the EUR/USD weekly chart is showing a bullish breakout above the weekly range. This could have a potentially positive impact on the Ultima EA’s performance in the upcoming months.

Two words can summarize the July trading: unidirectional volatility. In July, volatility decreased while price remained high. An important feature for our trading is its focus on long setups. Most of the stocks, however, remained oversold and close to resistance. Price also was moving in quite a tight range.

Result: almost no occasion for long strategy entries. Plus short entries were not available either because the retracements were slow and not very pronounced. This resulted in an higher average time spent on the market and lower profit levels than the norm. The month ended however with a slight profit and with still two open signals on the market.

Here below are a summary of the setups opened in July. As you can see, there were only 5 trades in July. A slow month. Three of them closed and two of them remain open. All positions are opened with 3-5% risk per setup as a maximum. The stats mentioned below are based on 5% risk per setup.

New updates are expected again in August, September and October 2020. Although we are not able to share all of the updates at this moment, we can already give you an early bird of view of some of the new systems and improvements coming soon. 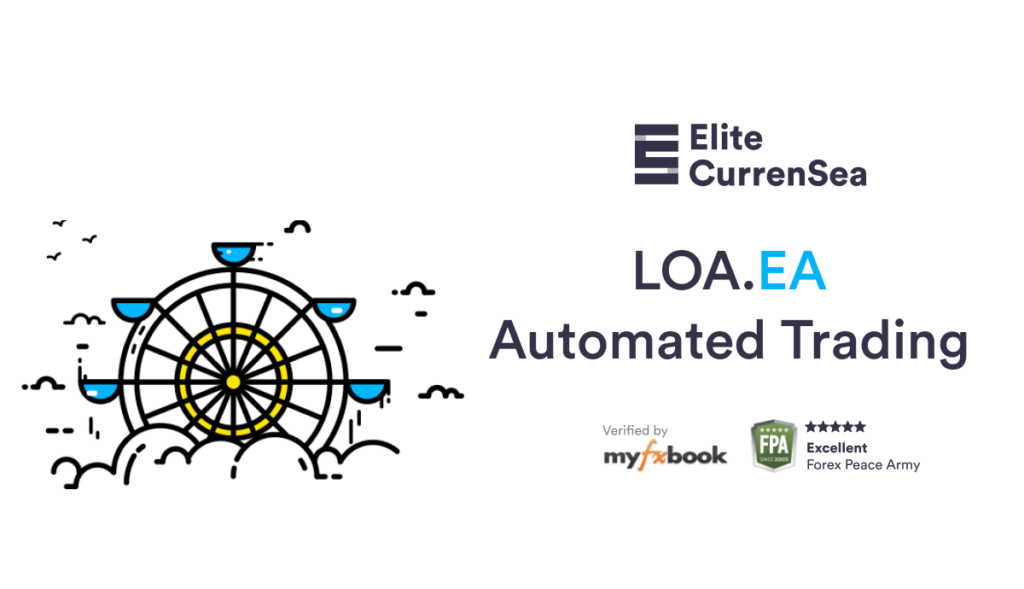 The CAMMACD traders already are familiar with the LOA trading system. But the EA takes this system to the max. It includes a whopping 10 years of back testing based on 99.9% modelling accuracy. The testing shows how a 1,000 account reaches 1.2 million and a 10k account over 12 mln in 10 years of trading from 2010 to 2020.

The LOA EA is now being tested on live accounts and monitored via MyFXbook with brokers Ava Trade and Milton Markets.

The LOA is expected to be available later this year, perhaps as early as August or September.

So far, July 2020 has seen pretty decent trading so far with a slow start but decent comeback. We did not yet include the LOA EA in the performance overview because it did not yet complete a full month. But it will be added in the next overview in September.

Portfolio of Systems and EAs

Trading automated trading systems has its advantages by saving your precious time compared to manually trading the financial markets. But the risk taken is still the same. And the draw-downs and streaks are equally hard on trading psychology.

To help tackle the trading psychology aspects of EAs, Elite CurrenSea will be introducing the ability to create a portfolio. This will allow traders to place capital on more EAs and diversification and lower risk levels. The latter is especially for traders who want to avoid larger draw-downs with (parts of) their capital. This option is also expected to be available in 2020.

Nenad Kerkez is back with the newest upgrade for his ecs.CAMMACD system. The Black Widow will be the main system for trading ecsLIVE signals but also will be used for creating a new EA as well. The trading system itself will soon be available for all CAMMACD members. It will also soon be included in the current CAMMACD package or can be purchased as a separate trading system. 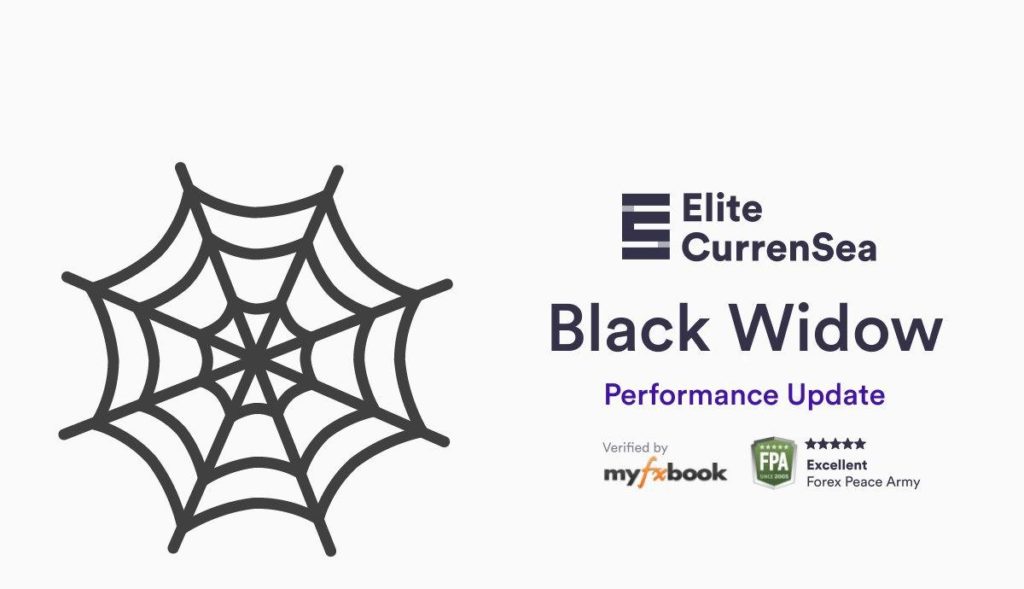 Check out the Elite CurrenSeaMyFXbook link!